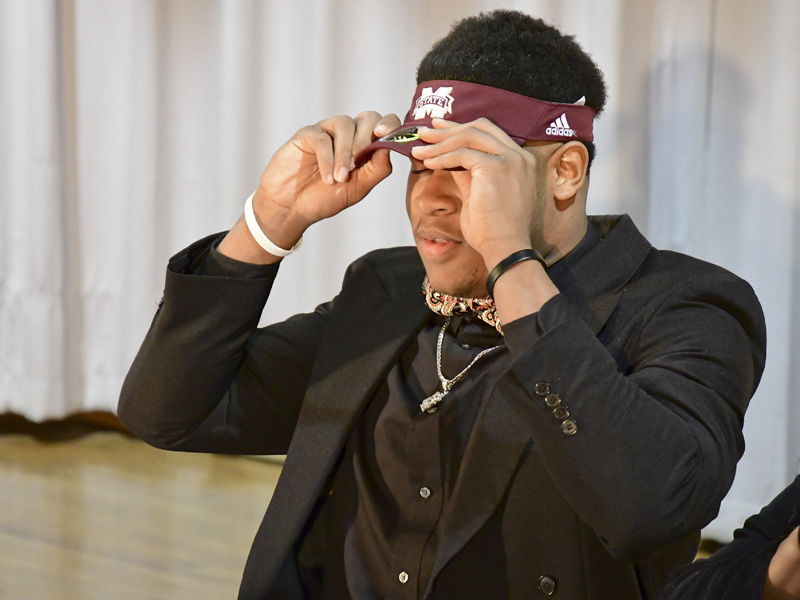 Nathanial Watson of Maplesville puts on a Mississippi State visor after signing to play football with the school on National Signing Day. (Photo by Anthony Richards)

Maplesville’s Nathaniel Watson was the highlight of 2018 national signing day in Chilton County, as he officially signed a football scholarship with Mississippi State University on Feb. 7.

Watson made his announcement in the school’s auditorium, and he signified his decision by putting on a Mississippi State visor. Auburn and Ole Miss hats were also sitting on the table.

“Every time I visited [Mississippi State] it just felt like family,” Watson said. “It’s going to be a good environment.”

He finished his high school career with 3,848 all-purpose yards and 38 touchdowns on offense and special teams, to go along with 180 tackles and 10 interceptions, four of which were returned for scores on defense.

Watson was a member of three state championship teams and was a two-time selection to The Clanton Advertiser all-county team.

Thorsby defeated Jemison on the football field for the second time in the history of the rivalry after a 44-26 victory by the Rebels on Aug. 23.

According to Thorsby head coach Daryl Davis, the pregame talk to the players was about going out with the goal of making history.

The only other victory for Thorsby came 48 years ago in 1970.

It was the first time that the two teams had played each other since 1995, and fans from both teams showed up in droves to witness the rekindling of the rivalry.

The game lived up to the hype, with both teams trading scoring drives on multiple occasions throughout the game.

Attendance for the game was roughly 2,300.

Chilton County High School is now its own brand after a redesign of its logos.

The school is still called the Tigers, and the colors remained blue and orange, but the appearance of the logos has changed.

“It’s not trying to change who we are,” CCHS athletic director Tal Morrison said. “When we’re out wearing something, we want people to know it is the Chilton County brand. They don’t have to ask.”

Previously CCHS athletic department had been using a knockoff of the Clemson University “tiger paw” as its primary logo.

A committee of school faculty, administration, athletic boosters and local leaders were assembled to help in the selection process of the logos.

The result was the design of eight new logos to be used by all teams in the athletic department.

Chilton County High School’s Adi Argent shared the court with some of the elite players in the state during the AHSAA North vs. South Girls Basketball Game on July 18.

“I was kind of intimidated going in, but I knew I just had to give it my all,” Argent said.

According to Argent, one of the more difficult tasks was learning to play with an entirely new group of teammates in a short amount of time as a member of the south squad.

The group was given three practices in the days leading up to the game to figure things out.

“It’s about being able to adjust to a whole new team, and learning how they work and what passes they can handle,” Argent said. “The good thing is that a lot of these girls are super athletic and have a lot of experience.”

The memories that Argent cherishes most are the little things, such as the bus rides to and from practice. 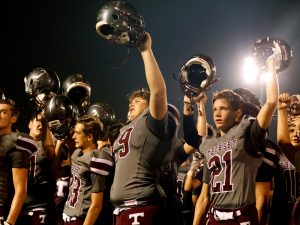 Thorsby celebrates its first victory over Jemison on the gridiron since 1970. (Photo by Brandon Sumrall/Special)

Thorsby’s magical run through the Class 2A baseball playoffs came to an end in the state semifinals with a pair of losses, 5-2 and 10-7, on the road against Mars Hill Bible School on May 10.

The Rebels had not lost a game in quite some time after rolling through the area tournament and first three rounds en route to a final four appearance.

It was the first time any of the players had made it that far in the postseason after coming up short in the third round the past two seasons.

“I hope they soak it up and take one pitch at a time,” THS head coach Billy Jackson said. “Don’t let moments like this pass, because your not guaranteed that you’ll even make it to the third round next year.”

Despite missing out on the chance to play for a state title, Thorsby’s 2018 baseball season will go down as one that will be remembered for years to come.

The Isabella Mustangs track team excelled in the throwing events at the 2018 AHSAA State Track and Field Meet in Cullman.

Katelyn Smitherman won state titles in girls javelin and girls discus. Jarred Campbell won in boys shot put, and Willie Washington rounded out the podium with a third-place finish in the same event.

“You’re out there with the best of the best,” Campbell said. “You know that if you don’t do your best, somebody else will.”

Campbell clinched the shot put competition with a distance of 45 feet, 8 inches, while Smitherman’s winning marks included distances of 110 feet and 105 feet, 3 inches in the discus and javelin respectively.

The wins were the first state titles for Smitherman after she came so close in 2017, but finished third in discus and second in javelin.

“I’ve worked hard for it ever since the seventh grade,” Smitherman said. “For discus you use more of your core, while it’s more shoulder and hips to throw the javelin.”

Hannah Rose Corbin was one of the catalysts in helping the Jemison Panthers softball team surpass 30 wins in the 2017 season, which is quite an accomplishment for any team but especially at the Class 6A level.

As a result, she was named the 2017 Chilton County Softball Player of the Year by The Clanton Advertiser.

“It’s definitely a blessing, because God has given me this talent and I’m just using it for him,” Corbin said. “It’s exciting to see that all the hard work has paid off.”

She showed consistent production both as a pitcher and at the plate, while spending time in the outfield when she was not in the circle.

She was first introduced to pitching when she was 10 years old and has been developing her game ever since.

“The game is at your pace and you control the game,” Corbin said. “I like that part of it.”

Synia Chattman had been the heart and soul of the Isabella girls basketball program during recent years and was named The Clanton Advertiser Girls Basketball Player of the Year for the second-straight year.

Her senior season was a memorable one. She helped lead the team to the regional semifinals, the best finish in school history, all while chasing 2,000 career points.

“We’ve never had a group to advance that far,” Chattman said. “It was one of my favorite games.”

Although Chattman finished 85 points short of the 2,000-mark, the fact that she was on the verge is a testament to her ability as a scorer.

She will graduate as the career leader in scoring for Isabella girls basketball with 1,915 points after averaging 24.2 points per game her final season.

Chattman’s quick hands earned her 185 steals on the season, along with 132 rebounds and 83 assists.

“I don’t think we win near the games we’ve won without her,” Isabella head coach Jared Day said. “A lot of people [teammates] looked up to her.” 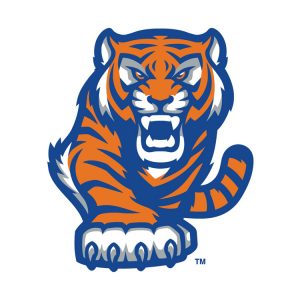 Chilton County High School redesigned the logos used by its athletic program and officially became its own brand. (File photo)

Russ and Wendy Bryan are respected throughout the Thorsby community, and that respect was on full display during a dedication of the school’s baseball field on Feb. 20.

The dedication was a surprise to Bryan, who thought that he was only on hand to throw out the ceremonial first pitch.

Instead, he wound up being met by his family in the infield and was presented with a plaque by Thorsby athletic director Daryl Davis.

It was an emotional night for everyone involved, but especially for Bryan and his family, who were not able to enjoy the moment with his wife, Wendy, who lost her battle with cancer in 2015.

“My first thought was of my wife, Wendy,” Bryan said. “The first time we ever met was on this baseball field when we were in school.”

The Red Devils were clicking on all cylinders during the 2018 postseason and advanced to the Class 1A semifinals following a string of victories against Sweet Water, Georgiana and Lanett.

Maplesville outscored its opponents by nearly an average of 18 points per game during the first three rounds of the playoffs.

However, the Red Devils’ bid for another state title appearance came up short with a 16-8 loss to Linden.

Maplesville finished the season with a record of 12-2 with both losses coming at the hands of Linden.