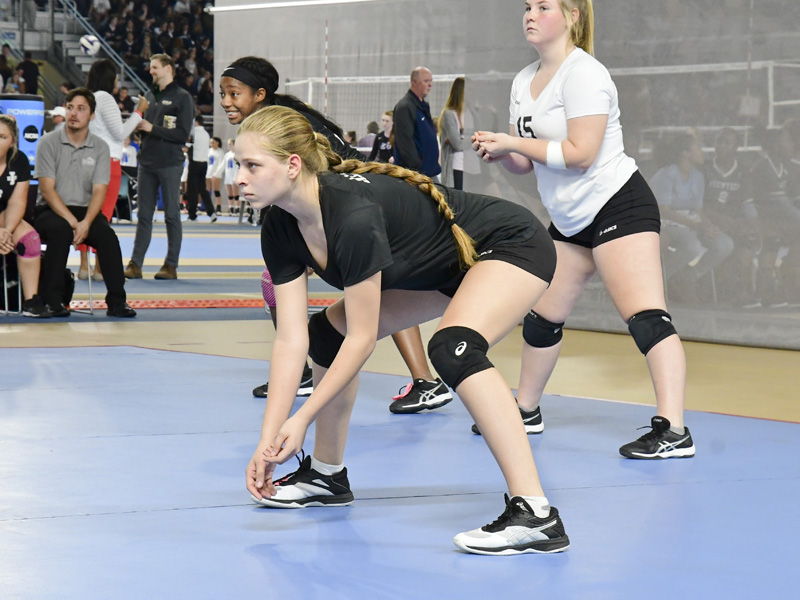 Isabella senior Elizabeth Alstott was named the The Clanton Advertiser’s 2018 Volleyball Player of the Year. (Photo by Anthony Richards)

Elizabeth Alstott is the latest Isabella Mustang to be named The Clanton Advertiser’s Volleyball Player of the Year.

Alstott received the honor in 2018 following a season that included leading her team with 222 kills and 68 aces.

“She has really worked on her serving,” Isabella head coach Glen Graham said. “Anytime she was in the gym, she would ask me if she could get a ball out and practice her serving.”

Although she was a major producer of points for Isabella, Alstott also helped the squad in a variety of other ways by finishing with 42 digs and 23 blocks.

The senior’s versatility was on display at various points during the year, as she changed positions to help fill voids created by injured players.

Her combination of size and quick hands allowed her to be shifted around the court as needed, and it was a luxury that Graham took full advantage of.

“I’m proud of myself for trying to learn all of the qualities of each position that he [Graham] has put me in,” Alstott said.

Alstott played an array of positions during her high school career and developed an ability to adapt no matter the circumstance.

She played one year as a setter and spent her senior season playing middle blocker early on but finished as an outside hitter, which she enjoyed the most.

After moving to outside hitter, her average kills per match doubled from about five to 10. 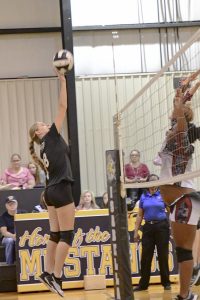 Alstott led the Mustangs with 222 kills and 68 aces. (Photo by Anthony Richards)

Volleyball became a passion for Alstott after watching her older cousin play for Isabella.

“I would play in the backyard with her, and that’s when I knew that I wanted to play volleyball,” Alstott said. “I love the intensity of the game. There’s six people out on the court and you all have to play a part to get it done.”

According to Alstott, she was surprised when Graham informed her that she was named the top player. It was very unexpected.

However, that is the same mindset that made Alstott the player she turned out to be since first trying out in the seventh grade.

“She is not one of the over the top rah-rah players and not one that gets down to low,” Graham said. “She’s pretty even and has this really weird sense of humor that the kids like and it helps keep them going.”

“I’m really glad that we made it, because it is always a great experience,” Alstott said.

According to Alstott, one of the things she will miss most about her time playing volleyball at Isabella is the summer practices and the team chemistry that is built during that time despite pouring sweat in the gym.

“You’re just having fun with it, and are not really worried about the season ahead of us just yet,” Alstott said.