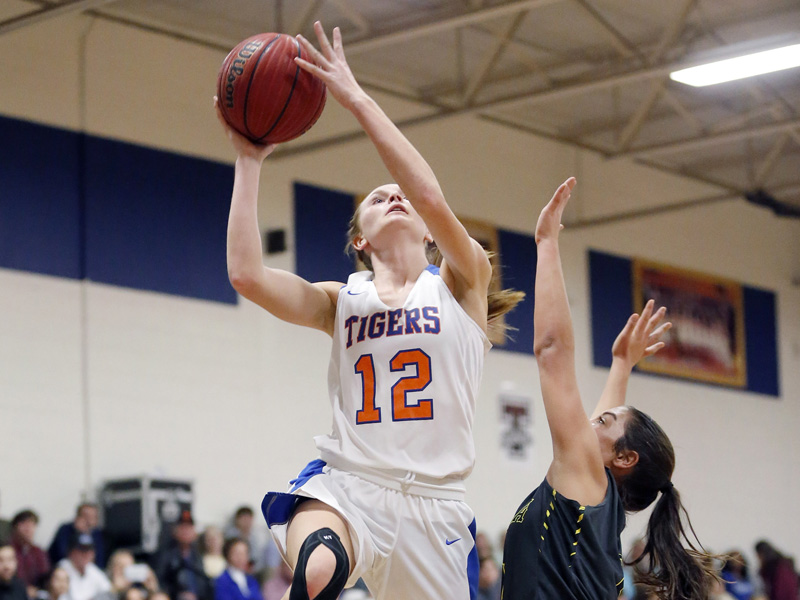 Adi Argent (No. 12) of CCHS drives to the hoop against Isabella during the semifinals of the county tournament on Dec. 20. (Photo by Brandon Sumrall/Special)

Chilton County advanced to the girls county championship with a 45-16 semifinal victory over Isabella on Dec. 20.

The Tigers controlled the game from the opening tip and stormed out to a 17-4 lead at the end of the first quarter.

That margin grew to 28-9 at halftime and continued in the second half.

Senior Kiara Steele was a force to be reckoned with in the post as she finished with 26 points and another stellar performance.

“I’m trying to be the leader for them [underclassmen],” Steele said.

Isabella played a ton of young players, many of which it was their first time experiencing the amped up atmosphere of the county tournament.

One of those young but promising players for the Mustangs was seventh grader Amelia Fjeldstad, who knocked down a pair of 3-pointers and finished with a team-high six points.

Adi Argent and Holley McKinnon also each hit a 3-pointer in the game for CCHS. Argent tallied nine points on the night.

According to Steele, the game plan going in was to establish the high-low game.

With the win, CCHS was slotted to play Verbena in the title game.

“We’re going to be ready for their press,” Steele said. “If we win, it would be a wonderful feeling to win another county championship as a team.”

CCHS defeated Jemison 41-25 to win the B-team boys championship prior to the girls game. 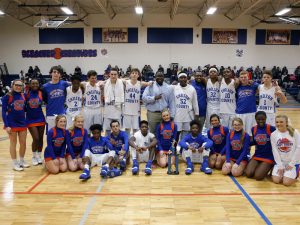 CCHS won the B-team championship prior to the girls game on Dec. 20. (Photo by Brandon Sumrall/Special)