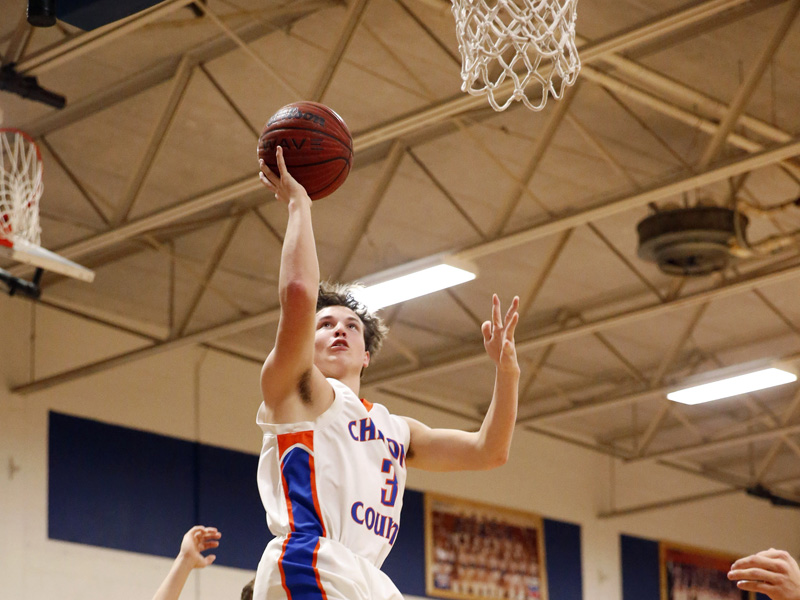 Dalton Patterson of CCHS drives to the hoop against Isabella during the opening round of the county tournament on Dec. 17. (Photo by Brandon Sumrall/Special)

Chilton County dispatched Isabella with a 65-51 win during the boys first round matchup in the county tournament on Dec. 17.

Despite the double-digit margin of victory, there are certain things to clean up if the Tigers want to continue advancing in the days to come.

The Tigers were turnover-prone throughout the night, and it is an aspect of the game that they know they need to address quickly.

“There’s always something to improve,” CCHS junior Justin Liveoak said. “I think that our problem is that we play too fast sometimes and don’t think when we pass.”

Understanding that maintaining possession is important to consistent success appears to be the next step in the growth of this year’s CCHS squad.

Liveoak led all scorers with 18 points. The big night was kick started by a pair of 3-pointers in the first half. 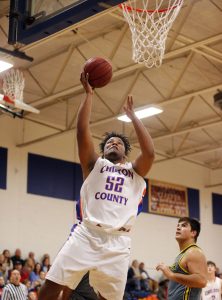 DaFaebian Wright goes up for a layup against Isabella. (Photo by Brandon Sumrall/Special)

“If you hit something early and get your shot going, they just start falling in left and right,” Liveoak said. “It’s a pretty good feeling.”

Ten different CCHS players scored a point in the game.

Cornelius Stacy led the Mustangs with 17 points and found success finishing at the rim.

Isabella’s Isaac Martin knocked down a trio of long-range bombs en route to 13 points, while Anthony Fjeldstad provided a post presence with 10 points.

CCHS will play Maplesville, who had a bye in the first round, in the semifinals of the county tournament on Dec. 19.

“We come in as the third seed for the first year in forever,” Liveoak said. “We usually don’t play so early [in the week], but I think it will help us in the long run.”