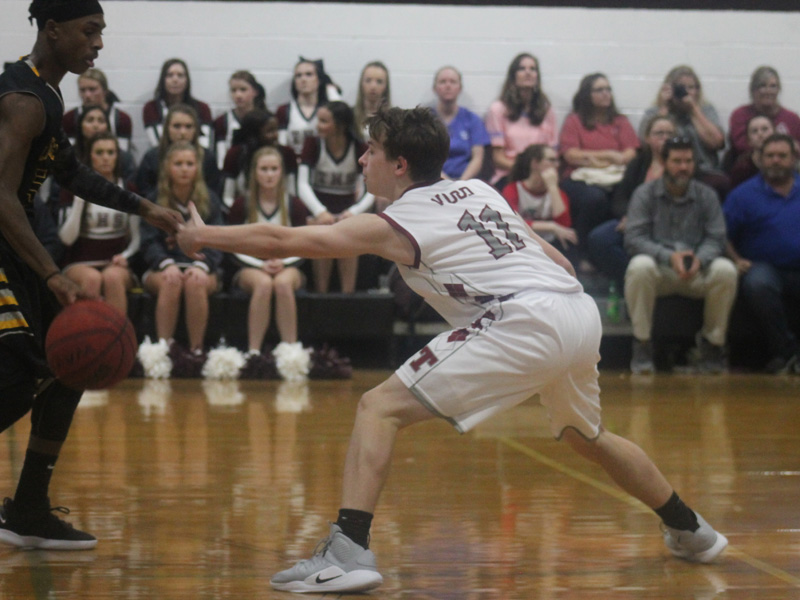 The Thorsby Rebels boys basketball team picked up a second-straight victory with a commanding 66-19 win at home against Billingsley on Dec. 3.

Thorsby’s defense frustrated the Bears and forced 21 turnovers in the game.

Eight different Rebels had at least two steals on the night, while Sawyer Sellers and John Ryan Wood led the effort with four steals apiece.

Christian Fortner scored a team-high 17 points to go with 10 rebounds and seven assists.

Sellers joined Fortner with another double-double performance that included 12 points and 11 rebounds.

Several seniors contributed on the night, including Cole Hight who finished with nine points.

“We’ve played together since seventh grade, so we have a good relationship and history,” Hight said.

According to Hight, winning another area title is what is fueling the team this season.

“It was a pretty big deal, and that’s what we’re really pushing for again,” Hight said.

It was a clean sweep for Thorsby, as the varsity girls squad defeated Billingsley 62-14 earlier in the night to improve to 4-0 on the season. The BHS girls dropped to a record of 0-2.