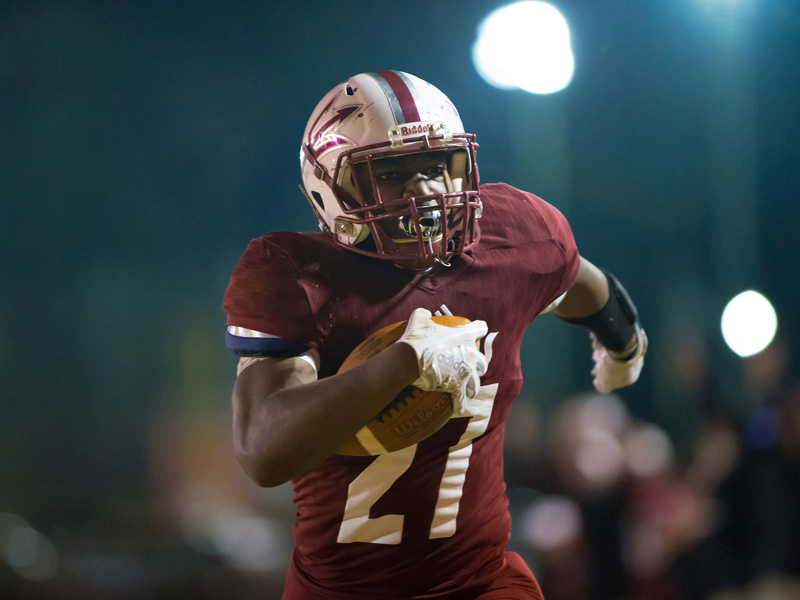 Ryan Morrow scored the lone touchdown for Maplesville on a 69-yard kickoff return against Linden in the Class 1A semifinals on Nov. 30. (Photo by Brandon Sumrall/Special)

For the second time this season the Maplesville Red Devils lost to the Linden Patriots on the road, this time with a trip to the state title game on the line.

It was struggle offensively, as Maplesville was uncharacteristically unable to establish its ground game.

The potent combination of Morrow and Christin Brown was held in check. Morrow finished the game with 29 yards on 14 carries, while Brown only managed 11 yards on eight carries.

As a result, Maplesville was forced to look to the pass for production, but the Linden (13-0) defense was able to stymie that as well. 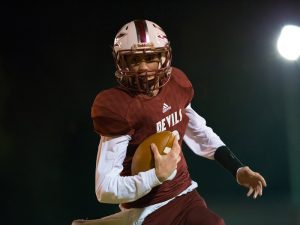 Jackson Abbott and the Red Devils made another deep playoff run. (Photo by Brandon Sumrall/Special)

The Maplesville defense was able to keep the game tight throughout by forcing five turnovers, which included three interceptions and two fumble recoveries.

Tristen Thetford led the team with 6.5 tackles, while six different players joined him with a tackle for loss on the night.

Ajala Robinson came down with two of the three picks in the game.

Five turnovers would normally be a recipe for success for the Red Devils. However, Maplesville was unable to convert any of the five turnovers into points on the night.

The Red Devils trailed 8-0 at halftime and 16-0 late in the third quarter before Morrow took a kickoff return to the house.

Abbott hit Jakavian Mckenzie for a successful two-point conversion, and Maplesville cut the deficit to eight points with one quarter to play.

Unfortunately for Maplesville the season came to an end, but not before the Red Devils were able to make yet another deep run through the postseason.