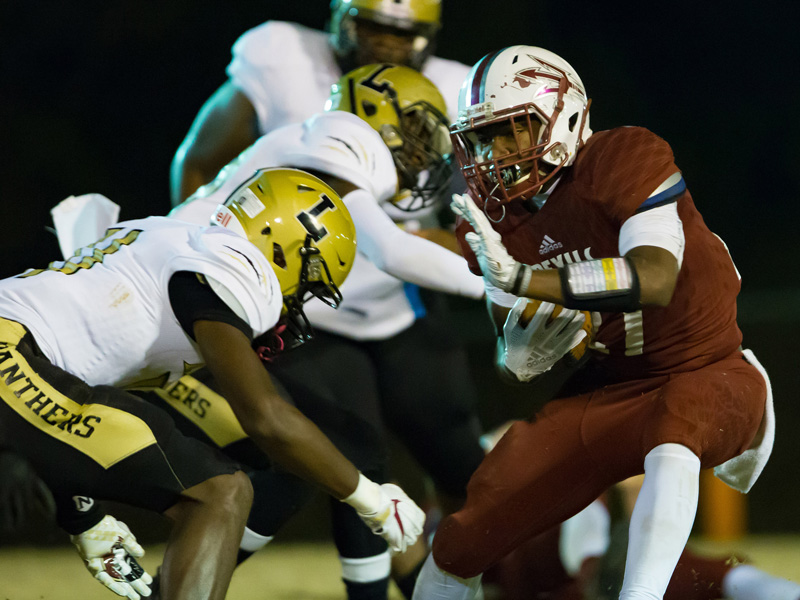 Ryan Morrow and Maplesville travels to take on Linden in the semifinals on Nov. 30. It is the second meeting between the teams, after Linden defeated the Red Devils 38-27 during the regular season. (Photo by Brandon Sumrall/Special)

In order to reach the state championship game, the Maplesville Red Devils will have to defeat a familiar foe when they square off against the Linden Patriots in the Class 1A semifinals on Nov. 30.

The loss was the first in eight years for the Red Devils in region play.

Just like the first contest, the Red Devils will have to hit the road and travel to Linden for the semifinal matchup.

In order for Maplesville to reverse the outcome, the defense must do a better job of limiting the Linden passing attack.

The Patriots outgained the Red Devils by 215 yards through the air, which proved to be the difference in an otherwise evenly played game.

The previous contest was only Jackson Abbott’s third game as Maplesville’s starting quarterback, a role he has since continued to grow into.

Defensively, the secondary has also made strides since the early part of the season and has shored up its coverage against the deep ball.

Everything seems to be clicking in recent weeks for the Red Devils on both sides of the ball.

Christin Brown and Ryan Morrow are torching opponents on the ground, while the defense is flying to the ball and making plays once they get there.

There will be very few surprises for either team in the rematch, as both coaching staffs know all too well of what the other would like to accomplish.

As is the case in most games, but especially when two high-level teams do battle, turnovers could have an influence in how the game is played.

Both teams had three turnovers in the regular season matchup, and the one that plays the cleaner game will have the better shot of winning Friday night.

The Red Devils defeated Lanett, who finished the regular season ranked No. 1 in Class 1A. Now No. 3 Maplesville will face No. 2 Linden in a rematch for the ages.