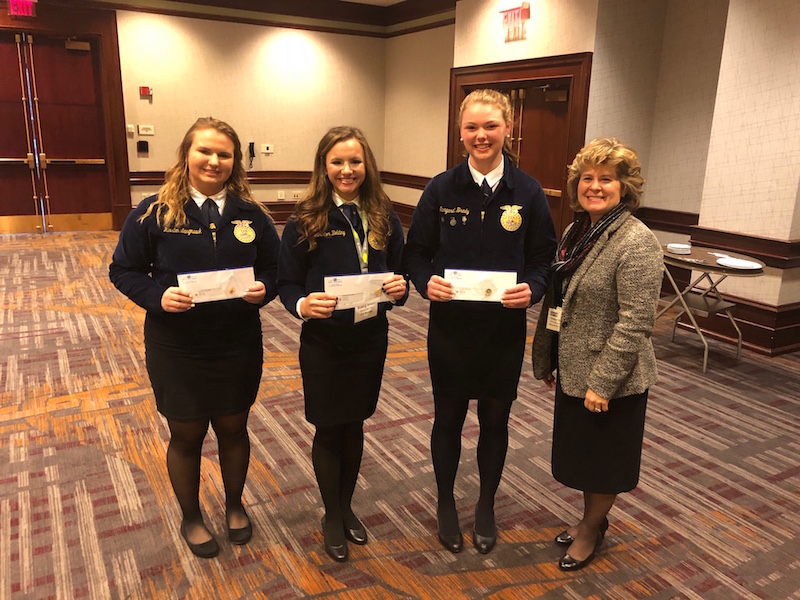 “I was really surprised,” Bolding said.

This was the first year she had competed in this category. Bolding said she was used to showing cattle, but showing in the dairy cow category was different in how the animal is presented to the judges.

Bolding said she chose the new category as an “opportunity to step out of my comfort zone and try something new.”

During the national competition, a panel of three judges were looking for poise, calmness and good attitude “while we are properly restraining the animal and showing it to the best of our abilities,” Bolding said.

Bolding had been selected to compete at the national level by the Alabama FFA Chapter.

“I was very thankful to have been given the opportunity and place third in the contest,” Bolding said.

Bolding practiced for the event while attending Redlands Community College in Oklahoma. She is working toward her associates degree in animal science.

She said FFA gave her opportunities to make connections with people in her field, and studying for FFA national contests has helped her develop good test-taking skills that will benefit her in college.

Bolding is no stranger to the national level of competition having competed at FFA Nationals two previous years.

She said she was grateful to her agriculture teachers, Joe Dennis and Brian Lucas, and her family for supporting her and helping her make it to the competition.