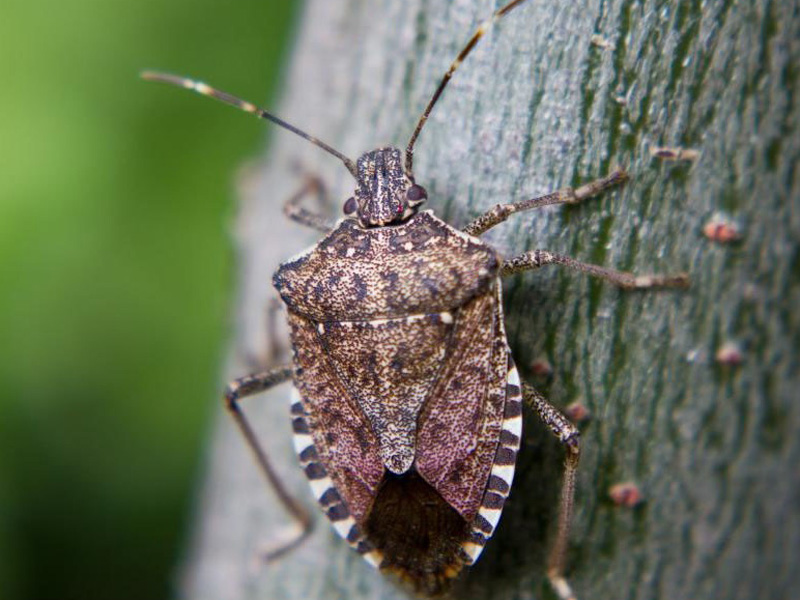 The brown marmorated stink bug is a common type of stink bug found in Alabama. (Photo by Home Team Pest/Contributed)

Are stink bugs a problem around or in your home? If so, you are not alone.

Stink bugs have been prevalent this year, and according to the Auburn Cooperative Extension System, the pests have a tendency to infiltrate homes in the fall to shelter for the winter.

Although harmless, stink bugs can be highly annoying and carry an odor that allows them to live up to their name.

According to ACES, there are two common types of stink bugs that can create such problems in Alabama.

The kudzu bug and brown marmorated stink bug are both new invasive insects that originated in Asia.

If a stink bug is found in your home, ACES suggests that you do not crush the insect, but instead grab it gently with a plastic bag in an attempt to avoid the smell.

Another way to remove is by vacuum, but be sure to dispose of the vacuum bag or soak the bag in hot soapy water immediately to prevent the odor from the dead stink bugs from spreading to the area.

Dead stink bugs release an odor and can leave a residue, which is what can make them so difficult to get rid off.

Insecticides can also be applied on the exterior of the home where bugs may land.

However, ACES states that the insecticides must be labeled under the category of “nuisance insect control outdoors.”

To help know which stink bug you are dealing with, ACES describes brown marmorated stink bugs as 16-18 millimeters long and shaped like a shield with shades of brown on its upper and lower body.

Kudzu bugs are 3.5 to 6 millimeters long and are oblong-shaped. They are an olive green color with brown speckles.

Both bugs feed on a variety of plants, which means that those with garden plants, fruit trees, kudzu vine or a soybean crop near their home are more likely to have the bugs.

Under tree bark or gaps under the siding of houses are common places for the bugs to overwinter.

However, there are also several entry points that can allow them to make your home their winter resort.

Xing Ping Hu is an entomology professor/specialist with ACES and specializes in structural and household pest management.

Hu advises making sure that any possible entry points are properly sealed.

Certain measures include caulking any cracks and holes using a good quality silicone or silicone-latex caulk; placing screening over chimney and attic vents; installing door sweeps; repairing damaged screens or windows and stuffing steel wool into openings where screening cannot be used, such as pipe penetrations.