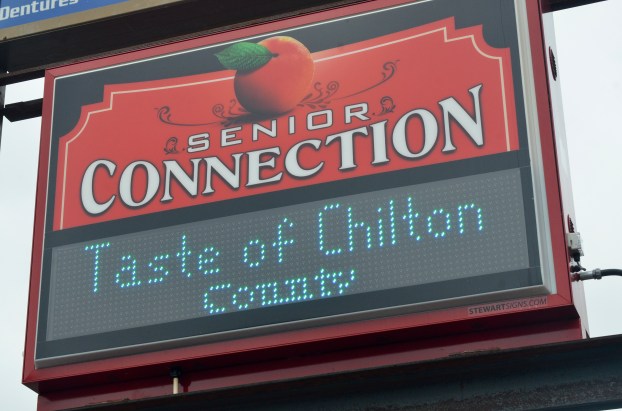 Senior Connection in Clanton offers activities for residents of Chilton County that are age 55 and older. (FILE PHOTO)

Senior Connection is now under the City of Clanton umbrella.

The Middle Alabama Area Agency on Aging (M4A) formerly paid the majority of the salary of Senior Connection director Vanessa McKinney, while the City of Clanton paid a portion.

However, M4A decided to drop its funding of the position. The Clanton City Council voted to cover all of McKinney’s salary at its last meeting in September.

As such, McKinney is now a full-time city employee with benefits, and Senior Connection is a city organization with no ties to M4A.

“We have to incorporate everything down there into the city,” Clanton Mayor Billy Joe Driver said during the meeting.

According to McKinney, this change will not have much impact on Senior Connection.

“It won’t change a thing,” she said. “My personal goal all along was (for Senior Connection) to be under the city umbrella. I am getting on up there, and when I retire I wanted this position to be held for someone who really wanted it and would do the same things I have been doing. It takes a lot of fundraising efforts. We are going to apply for 501(c)(3). We will continue doing what we are doing; working hard and paying for things we have paid for. Constant fundraising means we can have activities like we are and having dances, things like that. We are used to being very active, and in order to do that we have to have the funds to do it with. Supplies for this place don’t come cheap.”

The building that Senior Connection calls home, located at 304 Park Plaza, was already owned by the city.

As such, the city gets to use the space for events, but Senior Connection does have a say in what can be held there.

“They own the whole plaza,” McKinney said. “About three years ago, we went to the City Council and asked if we could have say in who we let use the building since we put so much money and work into it. We never rent the building out to make money off of it because it’s not our building. We have never done that and never will, but we have say in who uses the building.”

During the meeting, Councilman Jeffery Price said funding McKinney’s position made it a permanent position for the City of Clanton, and as such it needed a job description.

A job description has now been established for the position.

“Somebody will want this job when I leave,” McKinney said. “I don’t want to go anywhere. I love my job, but I don’t want to leave it like it was. It was dangling in the air. It has a job description now, the whole nine yards.”

Price also questioned whether an annual membership fee could still be charged if the program was a part of city operations.

According to McKinney, $20 annual dues will still be collected from Senior Connection members.

“My feeling on that, you are using a city facility,” she said. “It will be just like using the swimming pool, and there is a fee for that, or using the YMCA, and there are dues for that.”

The biggest fundraising project for Senior Connection the past few years has involved raising money for a multi-passenger bus that the organization could use to go on road trips.

The group does so now by chartering transport on a trip-by-trip basis.

Becoming a city group means that Senior Connection may no longer be allowed to have its own bus.

The city would now be liable for the safety of the passengers and the driver and any maintenance the bus would need if Senior Connection were to purchase one.

If the group is no longer able to pursue owning its own bus, McKinney said all money that has been raised as part of the endeavor so far will remain with Senior Connection.

“I want all of our sponsors to know, all of the money that has been raised for that will still go to our activities,” she said. “It is staying here. We are not going to totally give up on the bus situation, but if we have to half of (the funds raised) will be for activities and half will be used for (chartering) bus trips.”

Joyanna Love contributed to this article.

By JOYANNA LOVE/ Senior Staff Writer Residents in the Enterprise/ Verbena area have a more convenient shopping option thanks to... read more