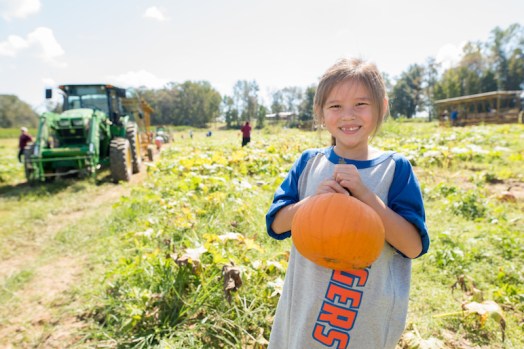 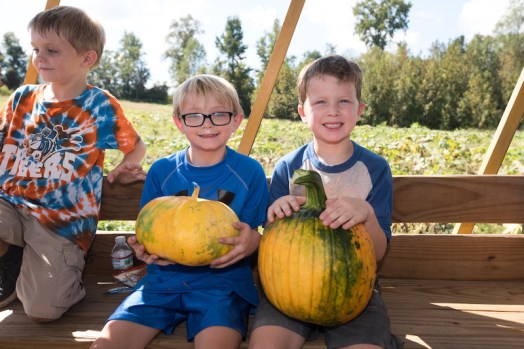 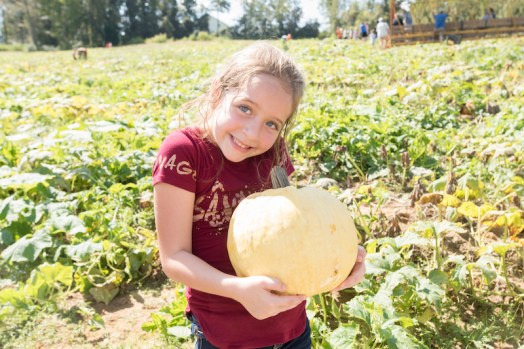 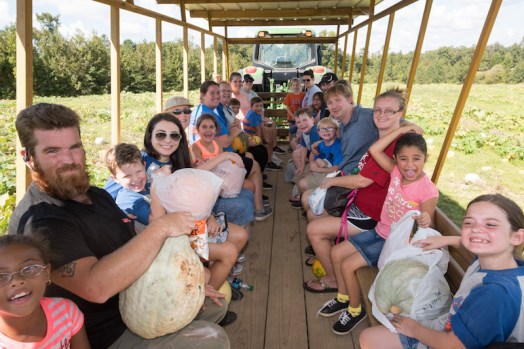 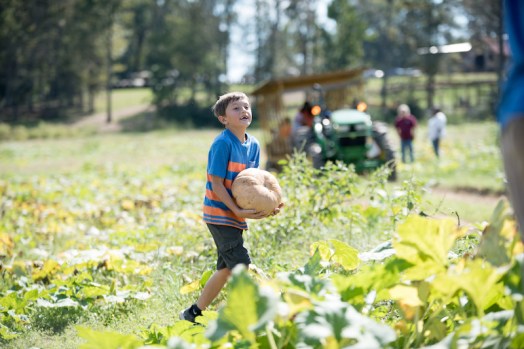 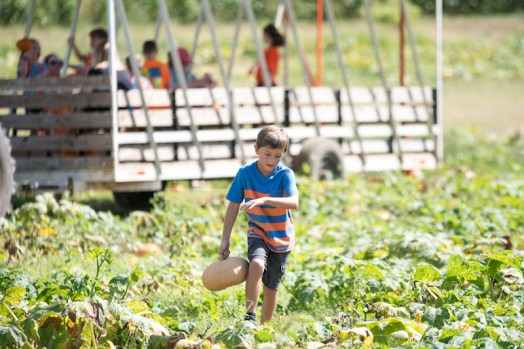 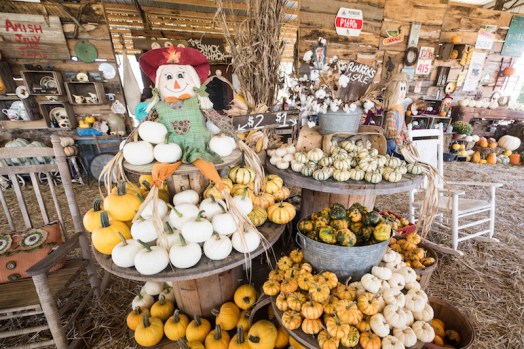 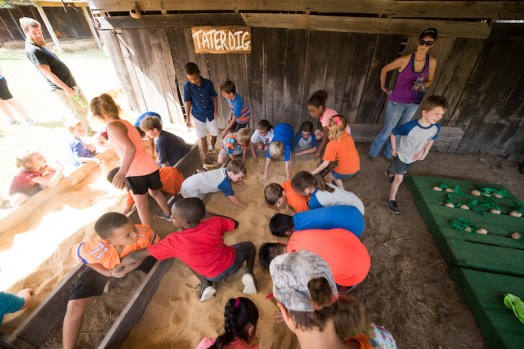 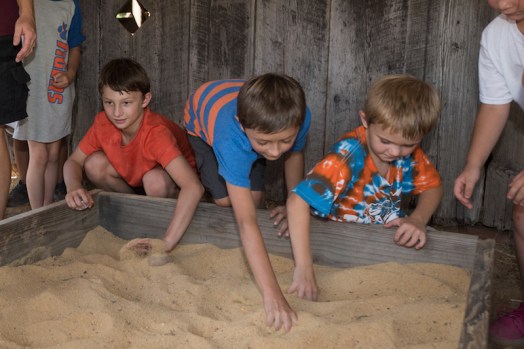 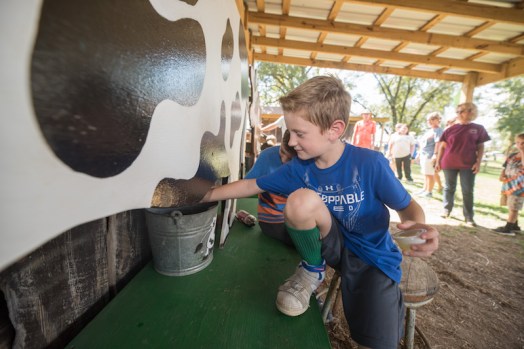 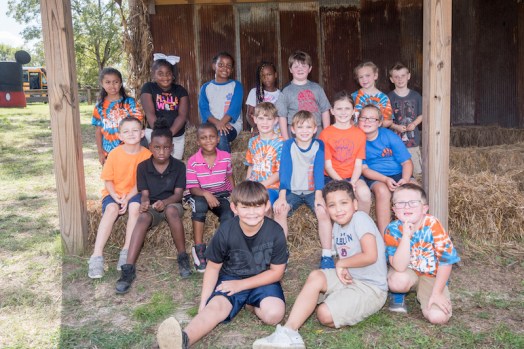 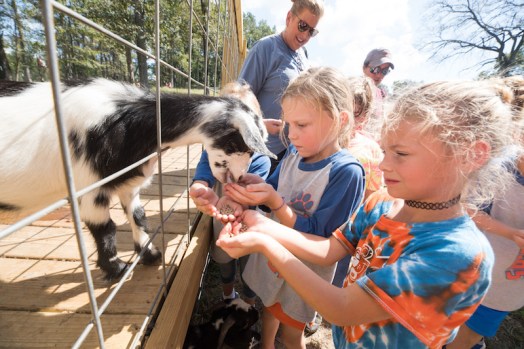 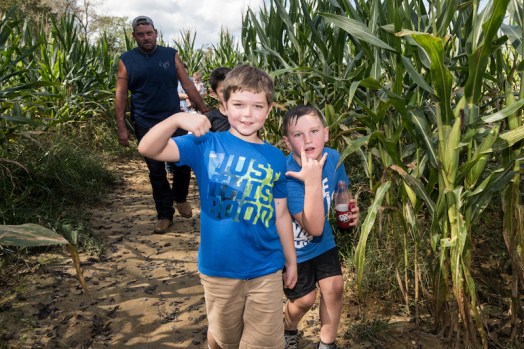 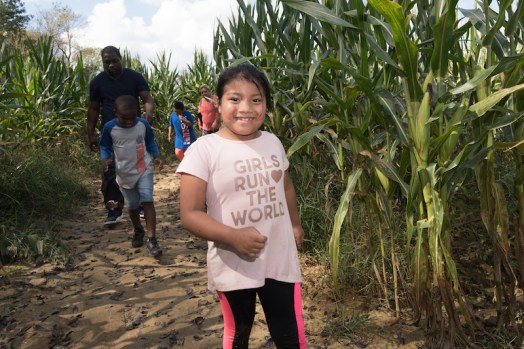 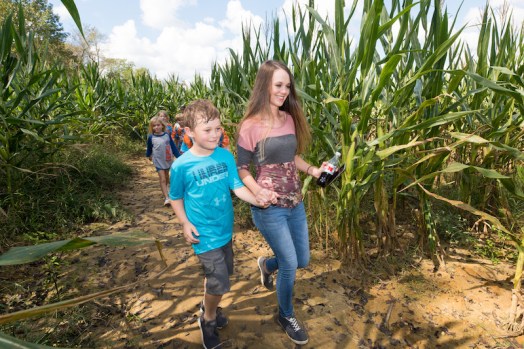 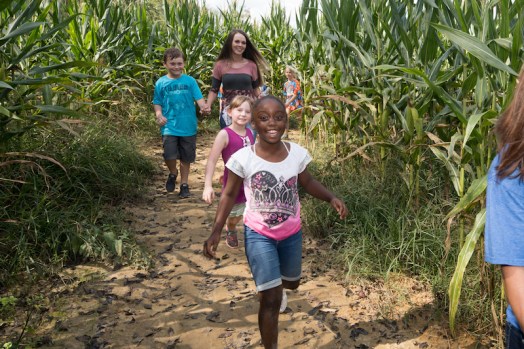 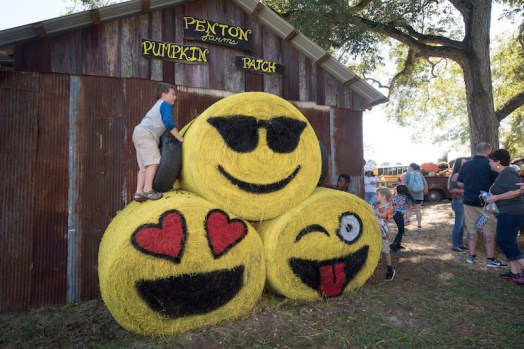 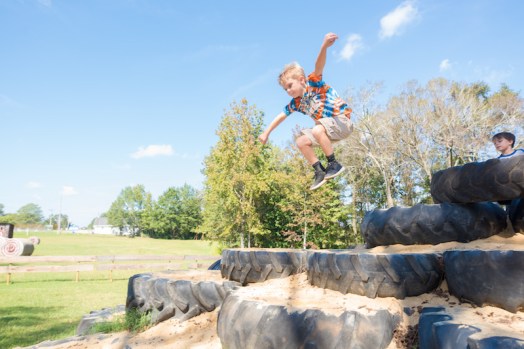 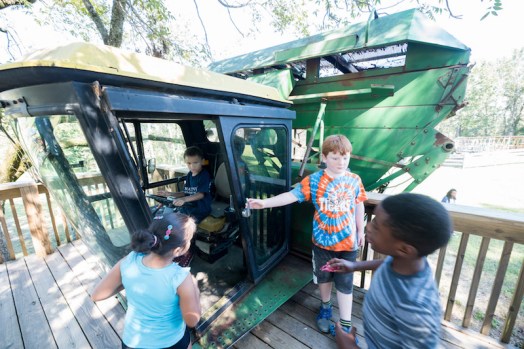 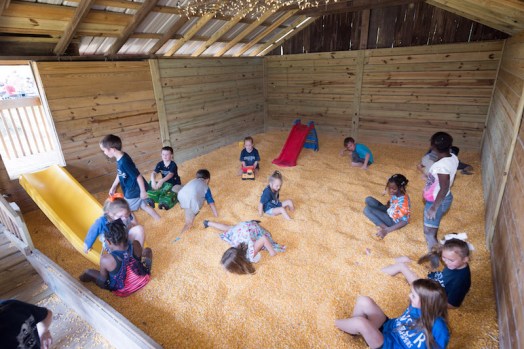 Penton Farms Pumpkin Patch in Verbena is open for the season.

New for this year are the cow train, pipe swing and goat playground.

She said the cow train was already popular with visitors.

“We added a goat playground for the goats there down at the animal barn,” Penton said. “It has a slide and a big deck that they can play on.”

Each year, Penton researches ideas to add. Usually, she is looking to add free activities, but there is an additional charge of $3 for the cow-themed train, which is pulled by a tractor. While there is not an age restriction on who can ride, there is a weight restriction.

“We try to keep it something new every year,” Penton said.

Ninety schools from as near as Clanton and as far away as Bessemer have booked field trips for this season.

Students learned about goats and chickens at the animal barn.

“I enjoy doing the educational tour, and we can teach them about the farm and what we grow out there,” Penton said. “We actually grow our own pumpkins. They are not just something that we buy and sit put there.”

Student Elana Bishop said her favorite activity at the farm was choosing a pumpkin. She said she was looking for a small orange one.

Student Andee Harrison said she liked going through the corn maze with her group.

“I get to run around like a mindless chicken,” Carroll said.

Student Desion Hudson said he enjoyed playing in the hay.

Student Colt Burnett said he enjoyed seeing the animals, especially the goats. Students enjoyed feeding the goats during their visit to the animal area.

Ricks said it was her first year bringing her students.

“I would recommend it to anybody,” Ricks said.

Parent Megan Burnett said she enjoys coming to the patch with her children on the field trip.

“I think it’s a good thing for our community to have something for the kids,” Burnett said.

She said her son Colt gets really excited for the event.

Admission is $10, which includes a large pumpkin. Those under 2 years old get in free.

Additional pumpkins range from $1 up to 150-pound pumpkins for $20. There are 60 varieties of pumpkins at the farm. Penton said the majority of the varieties are edible.

“White pumpkins are popular,” Penton said. “I think that is what sets us apart from other pumpkin patches is that we have such a variety.”

Those interested in simply buying a pre-picked pumpkin and not doing any of the activities do not have to pay an admission fee.

The pumpkins are planted in July, and the harvest began in September.