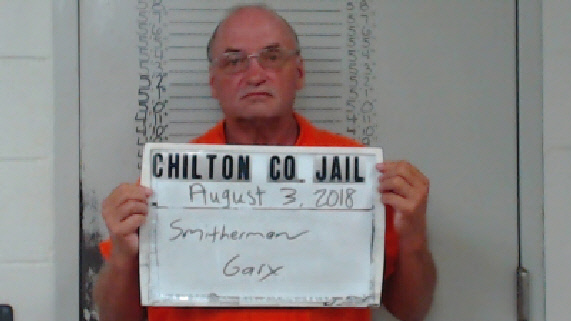 Gary Smitherman of Clanton, 59, was given the max sentence of 20 years in the Alabama Department of Corrections at his sentencing on Aug. 30.

Defense motions in the case were denied.

Smitherman was convicted of one count of sexual abuse of a child under 12 on Aug. 3, a Class B felony.

“We are very happy with the sentence and glad this victim and her family can close this chapter and begin moving forward knowing this child predator will be staring at a prison cell for a long time,” said C.J. Robinson, the chief deputy district attorney for the 19th Circuit Judicial Office.

According to Robinson, trial testimony indicated that Smitherman was over the children’s ministry program at Friendship Baptist Church in Clanton and was tutoring a young female at his home with whom he had contact with through his position at the time with the church.

These tutoring sessions would last until late at night, and Smitherman began asking the victim to stay at his house overnight.

The offense that led to his arrest and conviction occurred in early 2017 at his home.

“He touched her inappropriately, and she told a member of her family,” Robinson said. “The Chilton County Sheriff’s Office investigated the case.”

According to Assistant Chief Deputy Shane Mayfield, Lt. Lee Falkner from the CCSO Special Operations Division investigated the case “from start to finish and put a ton of work into it.”

“We are proud of the job he did on that case,” Mayfield said. “We try to make crimes against our most vulnerable citizens a top priority.”

The trial earlier this month lasted only three days before a jury returned a guilty verdict.

The 2018 volleyball season got started off in a big way for the Maplesville Red Devils following a four-set victory... read more