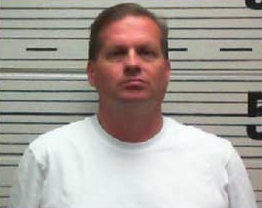 Former Clanton Police Chief Brian Stilwell was sentenced Aug. 28 to 10 years in prison for his conviction of an ethics violation and fraudulent use of a credit card.

According to a press release by the office of Attorney General Steve Marshall, “Circuit Judge Ben Fuller ordered the prison sentence to be split so that Stilwell will serve three years in prison first, followed by five years of probation. Stilwell received the same concurrent sentences for both convictions.”

Stilwell pled guilty in April. The crimes occurred between 2010 and 2015 when Stilwell was police chief of Clanton and treasurer of the Chilton County Fraternal Order of Police. The Criminal Trials Division of the attorney general’s office presented evidence to a Chilton County grand jury resulting in his indictment on Feb. 2, 2017.

“During the trial, Marshall’s Criminal Trials Division presented evidence against Stilwell showing he used a debit card of the local Chilton County chapter of the Fraternal Order of Police for unauthorized and personal purchases of more than $2,600,” said the release.

“The primary use of the FOP’s funds was for its Operation Santa Claus program to provide presents for needy children; the evidence presented at trial showed that his purchases reduced the amount of money available for this benevolent program. Evidence was also presented that during the investigation of the FOP case, it was learned that Stilwell used his position as Chief of Police to unlawfully take more than $10,000 from the Clanton Police Department which had been condemned and forfeited to the city for law enforcement purposes.”

The ethics violation was a class B felony, while the fraudulent use of the credit card was a class C felony.

“This prison sentence serves as a firm reminder that justice will be served and lawbreakers will be held to account regardless of their position,” said Marshall.

“When a police chief breaks the law, it is a terrible betrayal that cuts deeply into the trust of the citizens he was sworn to protect and of his fellow law enforcement officers. In this case, the law enforcement community of Clanton and Chilton County came together and stood shoulder to shoulder with us to bring justice to their people, restore some of their faith in law enforcement and hold Brian Stilwell to account for his crimes. I am proud of the outstanding work by my Criminal Trials Division and everyone who assisted to bring this case to a successful conclusion.”

Matt Edwards with the road department received recognition from the Association of County Commissioners of Alabama for his work in... read more