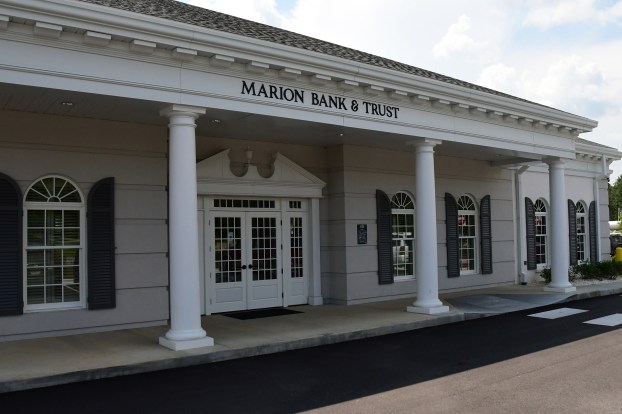 Marion Bank & Trust hosted an open house for its new branch in Jemison on Aug. 12.

The new location, which opened on June 11, marks the company’s second branch here in Chilton County. The bank will over several services, including loans, CDs and investments.

“We wanted to change our footprint,” said president and CEO Conrad Taylor. “We felt like this was a growing area next to (Interstate) 65 right between Birmingham and Montgomery. I know they have two big banks here, but we are a community bank. We are home owned.”

“We want to be a part of that growth,” he said. “With recent mergers and acquisitions in the banking industry, we feel like our community bank will serve well here. We will be the only community bank left in Chilton County.”

“Our customers can come in any of our branches and talk to the decision maker,” he said. “Conrad and myself are always available to the customer. Decisions are not made in a back office in another geographic location. We will provide service to our customers like they are accustomed to. The one thing you hear from customers about banks is ‘we wish it was like it used to be.’ We never changed.”

Taylor and Jackson both spoke of that feeling of community being important to Marion Bank & Trust.

“We are going to invest in the community, and hopefully they will invest in our bank,” Taylor said.

“We support our schools and civic organizations,” Jackson said. “For the last three years, we have been in the top three in purchasing peaches at the Lions Club Peach Auction. We give to the Maplesville school generously, and we plan to do that in Jemison and Thorsby.”

Taylor said Marion Bank & Trust can trace its roots to a business of another name in the mid-1930s.

“Marion Bank & Trust really came out of Marion Central Bank,” he said. “Marion Central Bank closed and reopened under a different name in 1934. We had been in Marion. We moved to Selma in 2008, and in 2015 we moved to Maplesville. We opened this branch this year. We invite everybody to come in so we can get to know them better.”

Taylor and Jackson both described the turnout at the Aug. 12 open house as “overwhelming.”

While Marion Bank & Trust now has two branches open in Chilton County, there will likely be another in the future.

“The next stop is going to be in Clanton,” Taylor said. “That’s our plan. We are looking for some property now.”