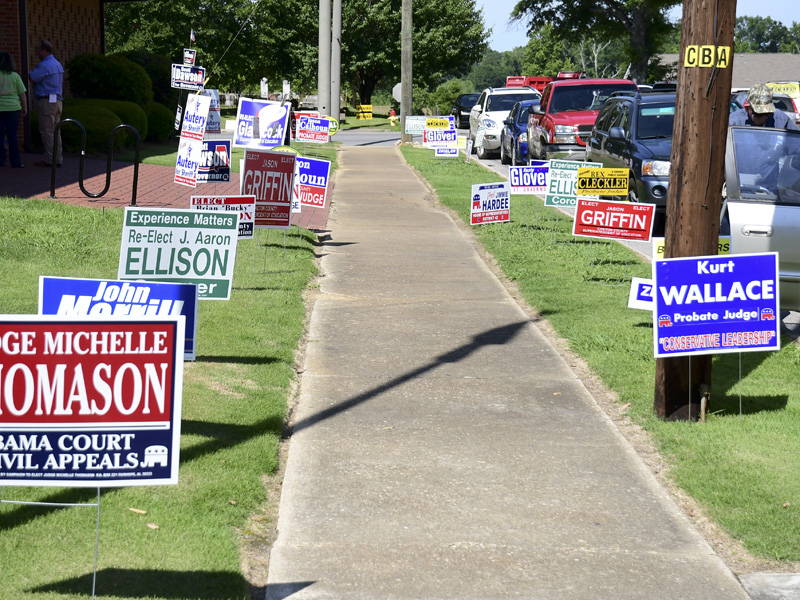 The 2018 primary election was the first that polling pads were used to sign voters in at each polling locations throughout Chilton County. (Photo by Anthony Richards)

The first election with the new polling pads went smoothly for the various polling locations in Chilton County.

Each voter signed in using the polling pads, which appeared to be a seamless transition for the majority of voters and poll workers.

According to Probate Judge Bobby Martin, the polling pads worked well overall without any major problems.

This time around voters signed in on both the polling pads and on paper, which served as a safety net in case something went wrong with the digital format.

“It’s good to have a backup plan,” Martin said.

According to poll worker Sheila Haigler, she was impressed by how prepared the voters were with their form of identification in hand and ready to go.

The adaptability of the older residents to the new technology was another thing that Haigler noticed while working the polls.

“Everyone has done really well with all of it,” poll worker Bobby Cook said.

One of the goals of the polling pads was to create ease in the process of checking voters in at specific polling locations.

That goal appeared to have been met, according to several poll workers at various locations.

“We haven’t had any complaints,” poll worker Sammy Wyatt said.

One of the only problems faced during the primary election was when a voter happened to choose the wrong political party when signing in.

However, as long as the voter realized the mistake prior to submitting their vote, the digital system allowed for a quick correction.