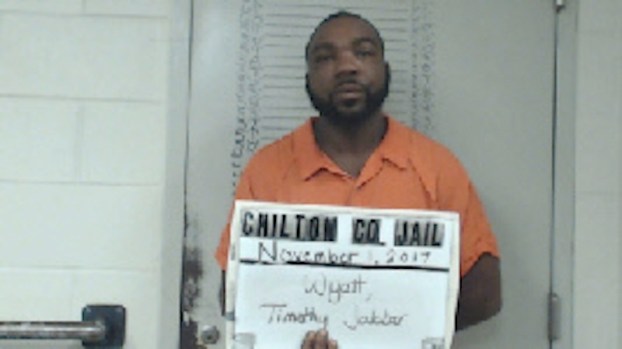 Wyatt had been on the run since early morning after he allegedly kidnapped an Autauga woman from her home around 2:30 a.m. The woman, who is believed to be an ex- or current girlfriend to Wyatt, escaped from his trunk at the Shell service station located off Exit 205 in Clanton, CCSO confirmed.

According to CCSO, Wyatt was discovered sleeping in the “old trade school” located on County Road 425, and was identified upon uncovering himself at the command of CCSO deputies.

“We located his car yesterday north of Coopers on U.S. 31 and ran down some leads as to what part of the county he might have been hiding,” Mayfield said. “We have had other cases involving him and knew he likes to frequent the old school on County Road 425.”

“This is what it’s all about: Bringing fugitives like this to justice,” Shearon said in a statement