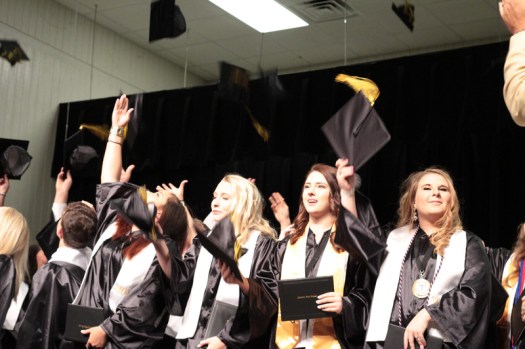 Isabella High School seniors toss their caps at the end of the commencement ceremony on May 25 at IHS. (Photos by Steven Calhoun) 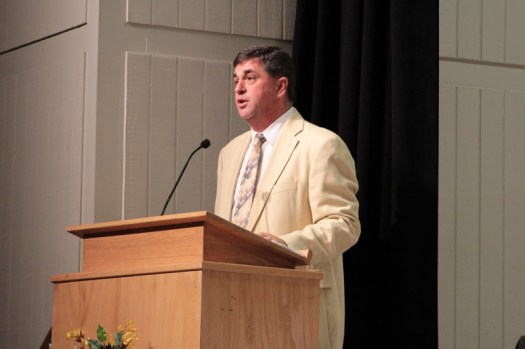 Principal Ricky Porter was the main speaker at the commencement ceremony. 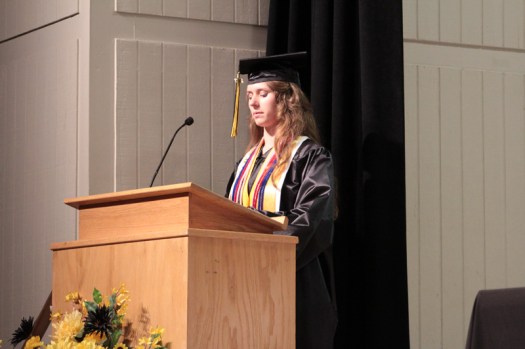 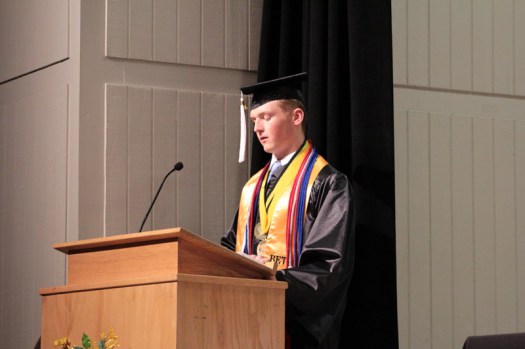 Valedictorian C.J. Lecroy shares his relections on being an Isabella High School student. 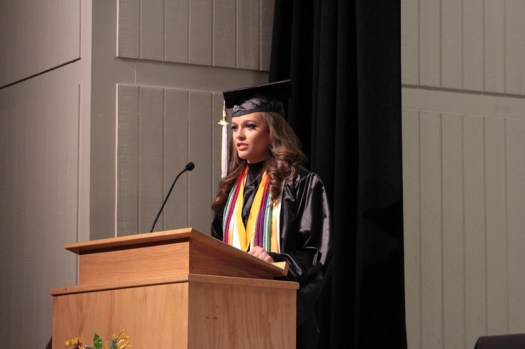 Valedictorian Whitley Smith speaks to the audience during the commencement. 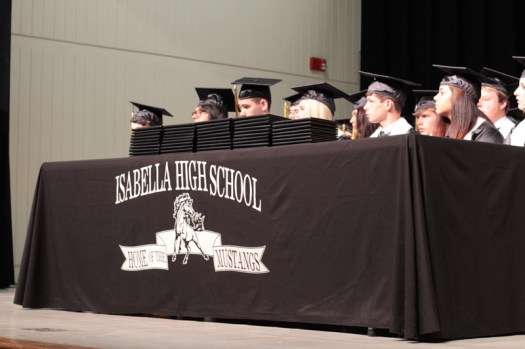 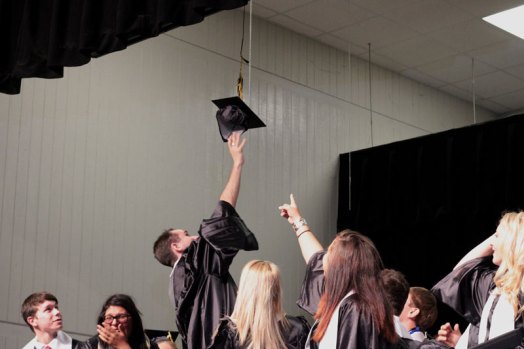 Classmates share a laugh as Jesse Arthur attempts to recover his hat after it got hung on a stage mic.

Isabella High School celebrated the Class of 2017 on May 25 at IHS.

Families and educators filled the school auditorium to watch the proud Mustangs make their walk across the stage. Principal Ricky Porter shared a heartfelt message as the speaker for the commencement ceremony.

“This is a group that I have gotten to know very well, and a group that will always hold a special and unforgettable place in my heart,” Porter said. “Eleven years ago, as I met these students on the morning of the first day that I became principal, they were beginning their second-grade year. During these past 11 years … I’ve watched them grow and mature into a well-rounded group of young men and women; an energetic, charismatic, fun-loving group that will greatly be missed.”

The class of 49 students earned more than $500,000 in scholarships. These include academic, vocational, athletic and military scholarships.

“These accomplishments … speak volumes about this group and the commitment, dedication and plain old hard work that this class has put into their high school education,” Porter said.

Porter challenged the students to remember the same three R’s he advised them to exhibit at their sixth-grade graduation: respect, right and responsibility.

Salutatorian Aleah Kiefer addressed the audience with thanks for the educators and families who supported the Class of 2017.

“Today, we stand on the peak of a mountain we have been climbing together for many years,” Kiefer said. “Class of 2017, it is our turn to take the reigns and continue pushing forward in this journey of life.”

“We all matter when we come to Isabella,” LeCroy said. “I’ve always known to expect genuine care and commitment from all the staff here at Isabella … I’m proud to say that all those hours you’ve worked and all that effort you’ve put in has finally paid off for us.”

LeCroy thanked his classmates and reflected on the times they spent together.

“School’s been a trip with you guys … Thank you classmates. Because of you, I’m proud to be a Mustang and proud to be a member of the Class of 2017,” LeCroy said.

Smith thanked everyone who supported her and shared words she heard from her pastor.

“There are three important times in our lives: yesterday, today and tomorrow. Yesterday is gone, today is a blessing and tomorrow is a mystery,” Smith said. “After today we will take many paths in life … Just because someone wants you to do a certain thing in your life, doesn’t mean that you have to. We all have to find the right path for us.”