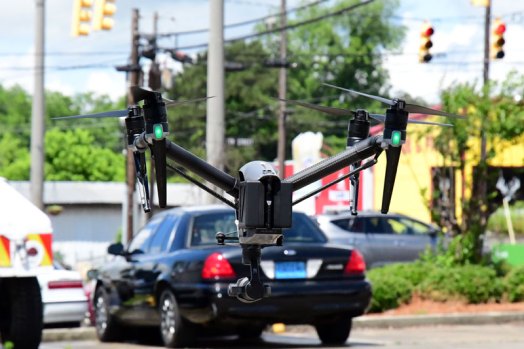 The Clanton Police Department’s new drone hovers in the department’s parking lot in downtown Clanton on May 24 during a brief test run. (Photos by Steven Calhoun) 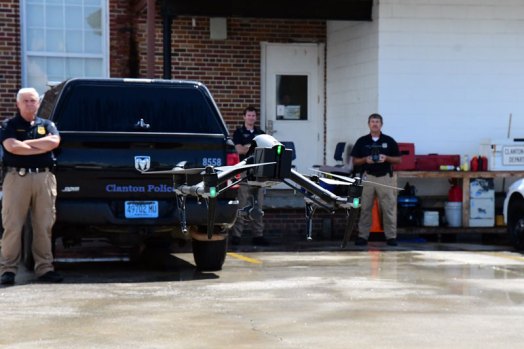 Eye in the sky: The Clanton Police Department’s drone program has had a positive impact on the community since it was instituted a few months ago. (File) 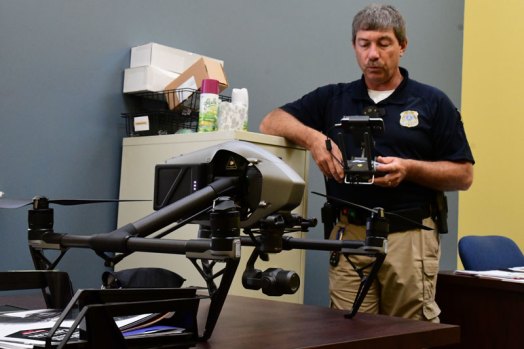 Johnson explains the specifications on the DJI Inspire 2 model drone the department purchased. 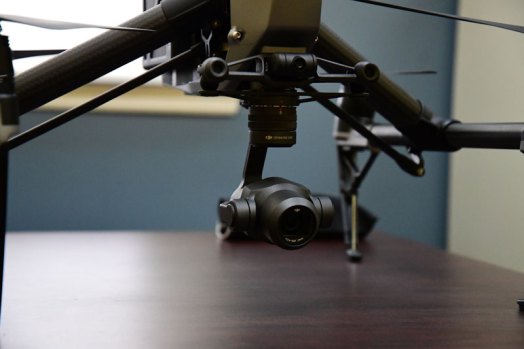 The drone is equipped with a high-resolution camera on a gimbal, giving it the freedom to see in nearly 360 degrees. 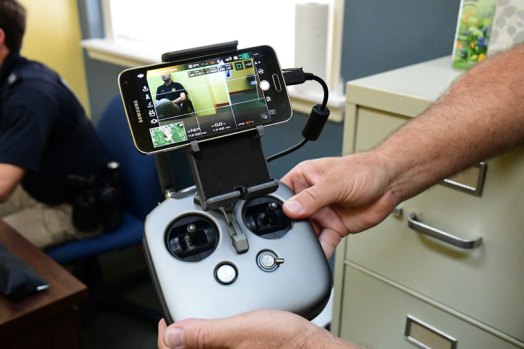 The drone is operated with a handheld controller. A smart device can be connected to the controller to allow the operator to see from a birds-eye view and record video or take pictures in real time. 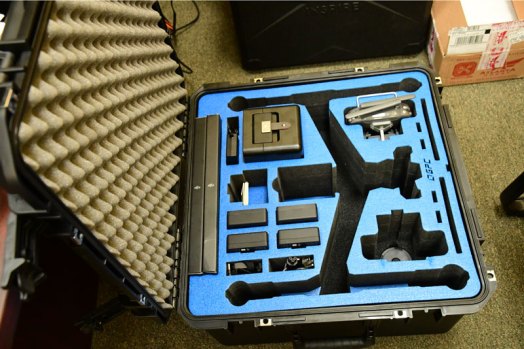 The drone package came with a sturdy carrying case and extra batteries for prolonged flight scenarios. 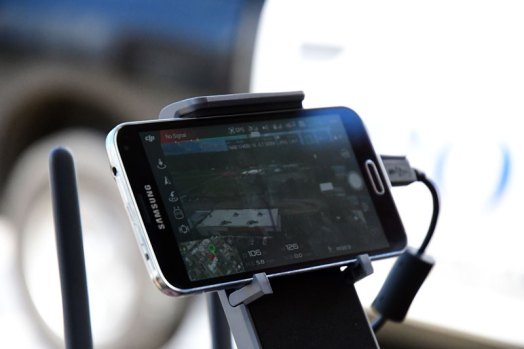 The live view of downtown Clanton shows on the smart device as Johnson pilots the drone at a height of 126 feet.

“This is the future of law enforcement and a step into the Information Age,” Clanton Police Chief Keith Maddox said as he looked up at the drone hovering 200 feet over the CPD in downtown Clanton.

The rain had stopped long enough on May 24 for the department’s drone pilot trainee, officer Wade Johnson, to show the capabilities of the CPD’s new DJI Inspire 2. The department recently purchased the camera-equipped drone and accessories at an estimated cost of $5,000, according to Maddox.

The chief of police said the number of ways the drone could be used to improve public safety and police operations is not yet known, but he is already certain of many possible uses for the vehicle and boasted that it is faster and cheaper than using a helicopter for most situations.

“Really, it’s almost unlimited what you could use it for, and we’ll discover more and more what we can use it for as we use it,” Maddox said.

“We can do an immediate assessment without putting anybody’s life at risk,” Maddox said.

CPD officials discussed requesting the budget for an attachable infrared camera in 2018. The camera would be used to assist with fires and search and rescue situations, but is a “fairly expensive option,” according to Maddox.

The department is researching to develop policies and procedures to implement when a drone operator is finished with training.

Recently, an appeals court struck down a federal rule requiring hobbyists to register their drones with the Federal Aviation Adminstration. Drones used for commercial or governmental purposes must still be registered.

“There are still some regulations we have to adhere to,” Fetner said. “Privacy laws pertaining to aerial vehicles … there’s no difference with a drone flying than there is, say, a helicopter or an airplane.”

Fetner said the pilot would refrain from flying over private property unless it was necessary to get to the intended destination, and that the drone would not linger anywhere it should not be.

“We’re not going to spy on anybody, that’s not our purpose for it,” Maddox said.

The CPD has examined policies from Mobile to consider using as a framework for its own guidelines. According to Maddox, the Mobile Police Department is a “much larger operation” with two full-time and five part-time drone operators.

Commercial and governmental drone pilots must be trained and informed about all regulations from the FAA concerning unmanned aerial vehicles.

The CPD plans to send Johnson to a two-day training program at Auburn University in June. There, he will become a certified pilot and be prepared to operate the CPD’s new drone in the field. 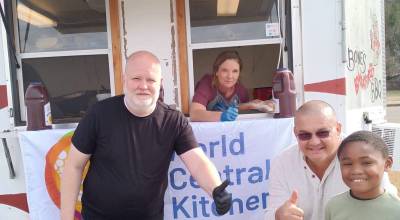