Man convicted of sexual abuse of child younger than 12

Timothy Ross Streeter, 50, of Montevallo, was convicted on Feb. 13 of sexual abuse of a child less than 12 years of age, a Class B felony. 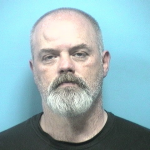 He was originally arrested by the Montevallo Police Department on Dec. 5, 2013, for an offense that occurred the day before. His initial bond was set at $15,000.

Streeter’s address changed from 1774 Ashville Road in Montevallo to 1115 County Road 914 Lot B in Jemison in April 2014, according to court records.

Streeter’s sentencing is on the docket for April 10. He is currently being held in jail.

By JOYANNA LOVE/ Senior Staff Writer CLANTON —Parents and other family members stepped back in time as they entered Clanton... read more