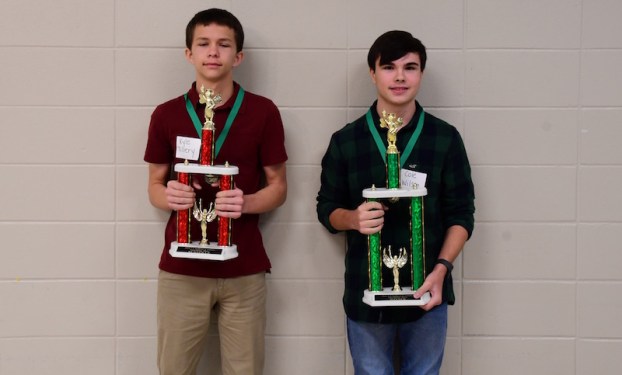 Wilson, an eighth-grade student from Thorsby High School, said this was his first year to compete at the county level.

In the championship round, Wilson correctly spelled dugong and animosity for the win.

“I studied some right before I left and I tried not to get nervous,” Wilson said.

He did not expect to win at the county level.

“I thought I would have gotten nervous and accidentally misspelled something,” Wilson said

Kyle Tillery, an eighth-grade student at Maplesville High School, was the runner-up.

The bee opened with the word shampoo, and words became more difficult as the rounds progressed.

Dr. Cynthia Stewart, principal of Chilton County High School, served as the pronouncer, giving each student their word. Students could ask for a definition, to hear the word in a sentence and for the word to be repeated.

By STEVEN CALHOUN/Staff Writer Jemison will soon have a third bank near the intersection of Alabama 31 and Chilton County... read more