Women of Thorsby First Baptist seek to help the world 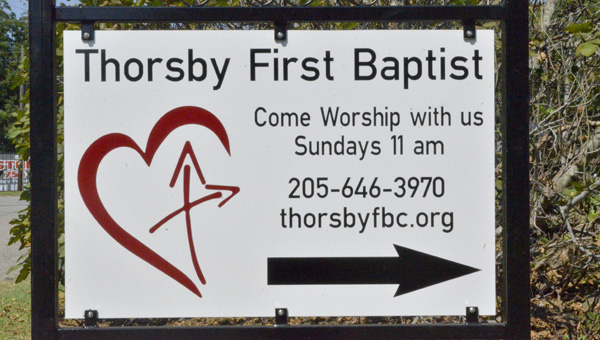 Thorsby First Baptist Church hosted an event that allowed the women of the church to make a difference for those in the Dominican Republic. (Photo by Anthony Richards/Advertiser)

The women of Thorsby First Baptist Church did their part to help those who are less fortunate in other parts of the world during an event on Aug. 27.

The event partnered with Hearts & Hope Global Solutions and was held in McReynolds Hall at Thorsby First Baptist.

About 40 women attended the event and listened to Reba Bowman, founder of Hearts for Hope and Dare for More Ministries located in Chattanooga, Tenn.

Her ministry relates to women through ladies and teen conferences throughout the United States, as well as the occasional trips internationally, explained Marc Hodges, pastor at Thorsby First Baptist Church.

According to a press release, Bowman made her first trip to the Dominican Republic for a women’s event in 2012. Shortly after returning from that trip, she started Hearts & Hope Global Solutions, which seeks to meet the physical, emotional, educational and spiritual needs of women and young girls.

“The weekend was designed as an encouragement for our ladies and to challenge them,” Hodges said. “Several of them have already showed interest and want to take a trip to the Dominican [Republic]. They understand the need and are looking for ways to get involved.”

During one of Bowman’s trips to the country she connected with Hodges’ sister who is a missionary in the Dominican Republic focused on helping women in need.

Many of the women were involved in prostitution, but eventually began to be reached with the gospel and their lives found order.

“It is expensive for a family to go on one of these trips, but where God guides he provides,” Hodges said.

The next step was to provide for their families in an honorable line of work, so Bowman decided to teach the women how to make jewelry and purses, which provided them with a source of income.

Bowman brings the created items back to the United States to sell and spread the word of the hardships that are taking place in the rest of the world. They were up for sale during the event.

“Most American women that I know love jewelry,” Hodges said. “They’re going to have to buy it from somewhere, so why not from Hearts & Hope.”

Bowman spoke at the event and followed it up by reiterating her message during Thorsby First Baptist’s Sunday morning service.

“We have to be careful because sometimes we give money or pray, and feel that we’ve done our part,” Hodges said. “Those two are vitally important, but in some cases God has designed us to be on the front lines. God has called us to reach every person on the planet.”