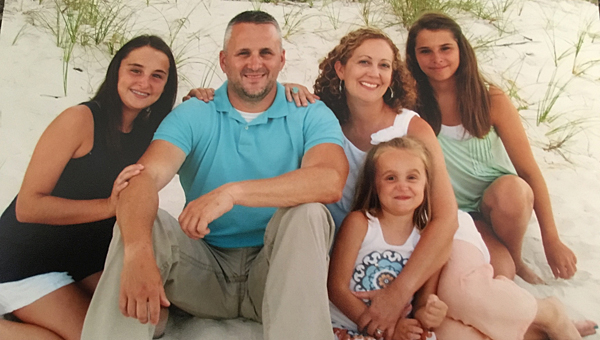 Growing up, Shannon Wyatt had all of the typical little girl dreams: get married, start a family and be the best mom and wife she could be. It was during her junior year in college that those dreams began to come to fruition. “I met my husband my junior year in college,” said Wyatt. “We had a lot in common and both enjoyed hiking, camping and doing outdoors stuff.”

Throughout their dating relationship, Wyatt and her future husband would attend church together and share dreams of starting a family. After two years of dating, they were married.

“Our first year of marriage was definitely rough. We tried to be on the same page, but it was difficult. After working as a social worker, he decided to quit school and go to seminary,” said Wyatt. “This caused a lot of strain on the marriage, because I became the primary bread winner. He also denounced his Christian faith and became a deist.”

The conversion of faith was devastating to Wyatt’s marriage and many difficult and painful changes followed.

“He changed his faith, he changed his mind about having children and he became emotionally and verbally abusive,” shared Wyatt. “I felt total abandonment. I also felt like a failure. You get get married and think you are going to live happily ever after and then it hits you that things might not work out. My health was affected and it became very apparent in every aspect of my life that I was very unhappy.”

Wyatt knew that her marriage was in trouble. After seeking prayer and support from her church family at Christian Life Fellowship in Calera, she attended counseling with her husband.

“It came to point where our counselor asked us what we wanted,” said Wyatt. “I told him that I want a Christian home, a Christian husband and a Christian father, and I want a spouse that is my partner in making decisions, going to church, and providing financially for our family. He very quickly responded that he had no desire for that kind of life.”

With her husband unwilling to change, along with the damage of the emotional and verbal abuse, Wyatt ended her seven-year marriage.

After her divorce, Wyatt went through a difficult time and sought refuge in her church family and a Christian couple who lived on her street. “Tom and Nancy Huett were instrumental in helping me through this time. They were like my godparents and gave me that family support that I needed to keep me on track,” explained Wyatt.

Wyatt knew her heart needed time to heal, so she immersed herself in serving at her church. “I made it my mission to serve God and let him work out the details on my behalf,” she said.

After a time of healing and restoration, Wyatt found the doors opening to a new relationship that would lead to the fulfillment of her dreams. She is now happily married to Brian Wyatt, with faith being their foundation. They are parents to Brian’s twin daughters, Maddie and Abby, and their daughter, Whitney.

Wyatt acknowledges that marriage is not easy but feels faith must be a priority, along with prayer, forgiveness and communication.

Today, Wyatt is also fulfilling another childhood dream. “I’ve always wanted to be an artist,” shared Wyatt. “I love crafts and found out how to make map pendants. I started making those as gifts, and people loved them. It turned into a network of people asking about my necklaces, and that’s when I realized that I could really do this.”

Out of her love for art, Dixie Owl Creations was born. Wyatt creates unique necklaces which include graphic texts in glass pendants and metal hand stamping. “I try to focus on personalized family names, mother necklaces and Bible verses,” said Wyatt.

Throughout her journey, Wyatt says she had learned a lot. “Hold on to your faith, keep going and never give up. No one on this earth can make you happy. You can only find that peace within your relationship with God.”

To learn more about Wyatt’s art, visit her on Facebook and Etsy under Dixie Owl Creations.

“And we know that in all things God works for the good of those who love him, whohave been called according to his purpose.” Romans 8:28