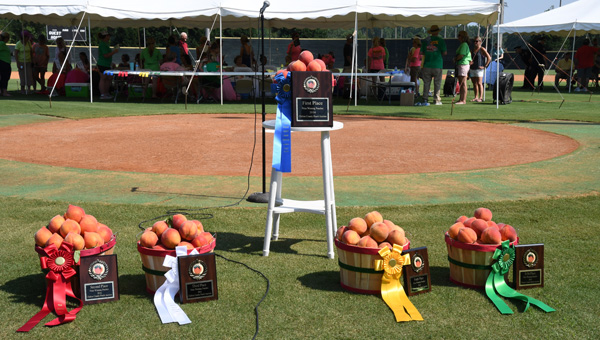 The top peaches in Chilton County were awarded during the 2016 Peach Auction on Saturday. (Photos by Stephen Dawkins)

The 69th Annual Peach Festival concluded with the Peach Auction and plenty of high-priced bids on Saturday at Jack Hayes Field in Clanton.

For the ninth year in a row, M&M Farms continued its tradition of winning first place in the competition.

“We farm for a living, so it always means a lot to us,” said Mark Knight with M&M Farms. “We’d love to make it a decade.”

M&M Farms continues to distance itself from the previous record of five consecutive victories, which it surpassed in 2013.

Winning has not gotten old for Knight, who has been able to watch his kids grow along with the winning streak.

“My oldest daughter Andrea was 10 years old when we first won, and now she is 19,” Knight said. “We’ve set quite a good standard.”

According to Peach Auction Chair Glenn McGriff, no matter what part of the state he travels to, once people hear that he is from Chilton County, they immediately ask about the peaches.

“The peach farmers are definitely the backbone of this county,” McGriff said. “They just mean so much to us.”

Marion Bank and Trust showed its appreciation with the top two highest bids, purchasing the winning peaches for $4,600 and the runner-up for $4,100.

“We wanted to get involved in the community, and what better way than the Peach Festival,” Marion Bank and Trust President Conrad Taylor said.

M&M Farms had quite a successful week of events, as they also sponsored 2016 Miss Peach Hannah Tierce.

“She won the other night, so we had a lot of pressure to live up to,” Knight said.

This is the second time that M&M Farms has also sponsored the Miss Peach winner during their nine-year run.

The only other time came in 2014 with Tayler Mazingo.

Twenty-six baskets were auctioned off, and 14 different farms were represented in during the event.

After each basket was sold, the Peach Auction raised a total of $27,325 that will go to the Lions Club and its community efforts.

“This was the biggest auction I’ve seen in the last 25 years,” McGriff said. “We’re just thankful for the farmers in this county, and the people came out to recognize them and their families.” 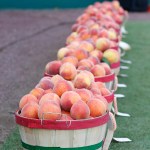 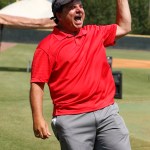 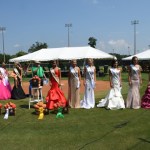 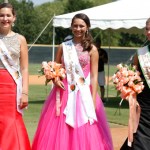 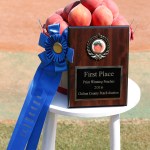 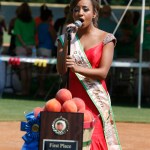 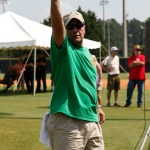