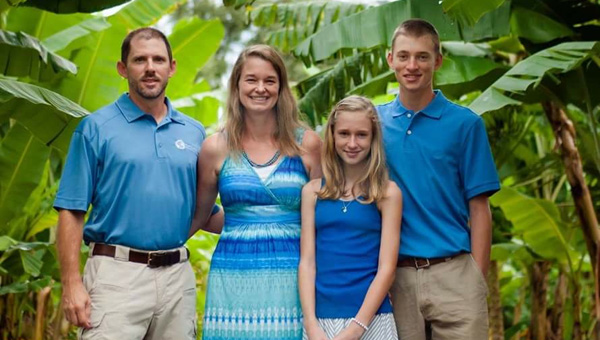 Family on a mission: Myron, Holly, Rachel and Ryan West all served as missionaries to the Acholi in Uganda. (Contributed photos)

By Jason Green | Special to the Advertiser

Editor’s note: This is the first of a two-part series. Look for the second installment to publish soon.

There are many questions Holly West and her family ask themselves in the shadow of her husband’s death.

Myron West, like his family, was a missionary in Uganda. Raised in Jemison, Myron died June 21 after a long battle with the after-effects of malaria, bacterial infection, and double pneumonia. He was 45.

Some say the question “Why” is not unreasonable to ask. The family admits to asking the question more than once. One question the family is not asking is, “Was it worth it?”

“Myron did what the Lord wanted him to do,” Holly said. “He took up his cross and he followed Jesus. Knowing what we know right now, he would have done the same thing.

“He did it to be obedient to the Lord. As hard as this is, I’d do it all over again.” 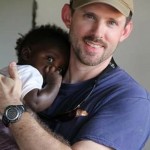 Display of love: Myron West, shown with an Acholi child, died June 21 at the age of 45 after a battle with the after-effects of malaria, a bacterial infection and double pneumonia.

Myron’s son, Ryan, 19, said the risk and cost of making such a move was something the family understood and was prepared to deal with.

“I knew (illness and death of a loved one) was a possibility,” he said. “My mom and Rachael (his 13-year-old sister) have had malaria. But we were never intimidated or deterred by the risks.”

Ryan, currently in Coast Guard training, said his father was driven by the knowledge that until God was through with him, he was untouchable.

Being a missionary would be difficult work for them and require sacrifice. The family said being obedient to the call God placed in their lives required nothing less than their surrender and total commitment.

Notes from Myron’s Bible indicated he understood the call’s difficulty as well. From the Gospel of Luke, chapter 6 verses 22 through 23, a note in the margin adjacent to that scripture reads, “What’s lost on earth will be made up for in heaven.” Another passage, this from the Old Testament’s Joshua chapter 1 verse 7, said, “Be strong and courageous…God wouldn’t have told them that if they were going to Chuck E Cheese.”

DEFINITION OF A MISSIONARY

There is a plaque that hangs on the wall in the West home at Abaana’s Hope, their place of Ministry in Uganda. It gives the definition of a missionary. A gift from Holly’s sister, April Etheridge, it reads: “Someone who leaves their family for a short time so that others may be with theirs for eternity.”

Myron’s work as a missionary through Four Corners Ministry in Opelika offered him and his family a chance to move to Africa to minister to a specific people group. It was an opportunity the family invested much prayer and thought into before making the move.

Holly said it became clear to all of the family through the decision-making process that getting involved in helping minister to the more than 3 million orphans in Uganda was something they had to do.

The family sold everything they owned and moved from Alexander City into a home in Kinene Village at Abaana’s Hope, the family-oriented mission center 20 miles from Gulu, Uganda.

Holly indicated though many people might struggle with making such a decision, Myron’s God-given love and a desire to reach the lost motivated the move.

Although scary for the entire family, reaching an “unreached” group was too powerful a call to ignore.

“Noah built the ark, and everybody thought he was crazy,” Etheridge said. “It didn’t make sense to them, but Noah was just being obedient. God was calling him to do it, so he did it. That’s what they’ve done.” 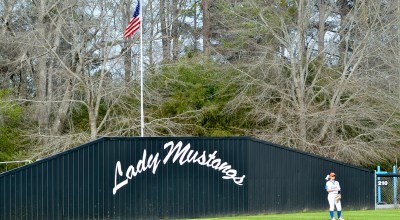