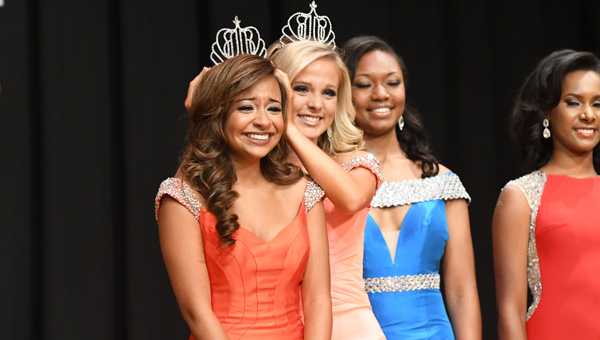 The queens will be recognized at upcoming Peach Festival events, including Friday’s Peach Jam and Saturday’s Peach Parade and Peach Auction.

They will also spend the next year representing Chilton County, a task that carries great weight, according to Kendal Elijah, who passed on her crown to Tierce on Thursday.

In her farewell, Elijah called being named Miss Peach Queen “the happiest moment of my life,” and shared memories that had been created with her Peach sisters. 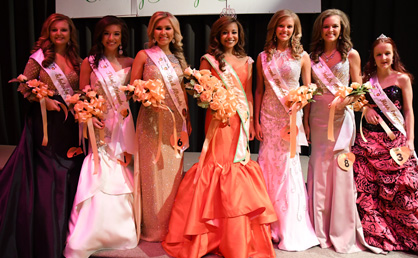 Tiffany Davis was named Miss Congeniality, and Abbey Porter was the recipient of the Shelby Baptist Future Leaders Scholarship in the amount of $1,500.

Winners and alternates in the various Miss Peach Queen age groups also receive scholarship and cash prizes, depending on place and age.

Tierce’s crowning came at the end of a pageant that included the contestants modeling casual wear and evening gowns and Elijah taking her “final walk.”

Tierce, 17, is the daughter of Jim and Mara Tierce. She was sponsored by M&M Farms and attends Chilton County High School.

Peach Jam to offer fun for all