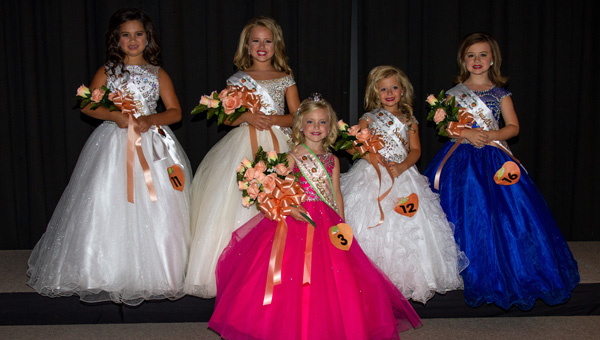 The first member of new peach royalty was crowned Saturday, as Mary-Henning Dale was announced as 2016 Little Miss Peach. 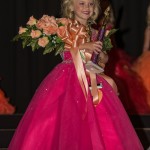 All pageants begin at 6:30 p.m. on their respective days at the CCHS auditorium. Admission is $6.

Wendy Dale said the experience definitely helped. Another contributing factor to Dale’s win may have been her outgoing and fun-loving personality that manifests itself on stage.

“She has a lot of fun on stage—that’s kind of her thing,” Wendy Dale said.

Dale said her daughter began participating in pageants at age 3, including state and even a national pageant.

“We go with the attitude that you have fun, and you win some and you lose some,” Dale said and added that Mary-Henning is always eager to participate. “I had to start limiting her; I told her we can only do one a month.”

The new queen is looking forward to free ice cream from Peach Park, a perk that comes with being a queen, but she also wants to help others through community service.

“She’s excited to ride on the float (in the Peach Parade) and in suspense to see who her sisters will be,” Wendy Dale said.