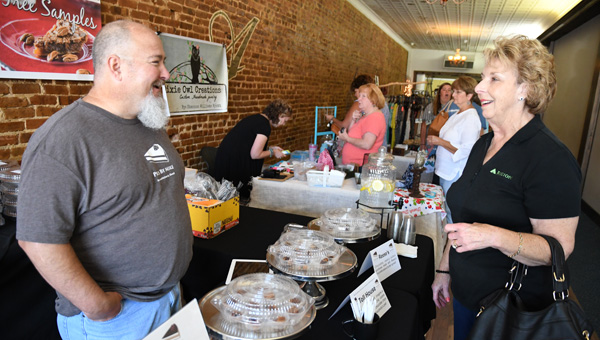 The latest, “Downtown Peach Market,” was held from 10 a.m. to 6 p.m. Friday at the venue adjacent to MorLyn’s.

At least 12 vendors were on hand featuring goods including clothes, jewelry, food and even facepainting by Pinky the Clown.

Morgan Eason with MorLyn’s said the event is advertised on the Elizabeth Hall Facebook page, and vendor spots are offered on a first-come, first-served basis. 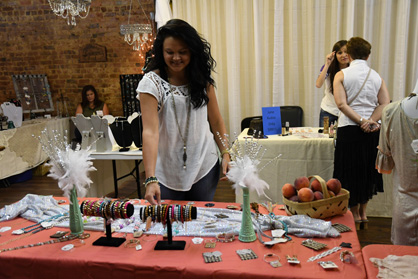 Much to choose from: Shelbie Robinson shops at the Hopes Chest booth.

“We usually end up with a waiting list in case anybody backs out,” Eason said.

Most of the vendors are from Chilton County, but some come from out of town.

Adena Green, owner of Hopes Chest, said she sees solid sales at her location inside Sheer Perfection in Clanton but takes advantage of opportunities to introduce her products to new customers.

“This kind of helps me get my name out there,” Green said. 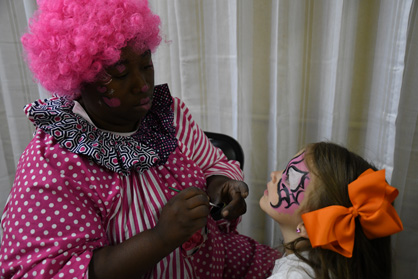 Painted on: Elizabeth Eason (right) has her face painted by Pinky the Clown.

The next downtown market will be a Christmas market, and should be held around the first of November, Eason said.

Boot camp: The Upward Bound program at the University of Montevallo hosted an ACT Prep Boot Camp this past week... read more