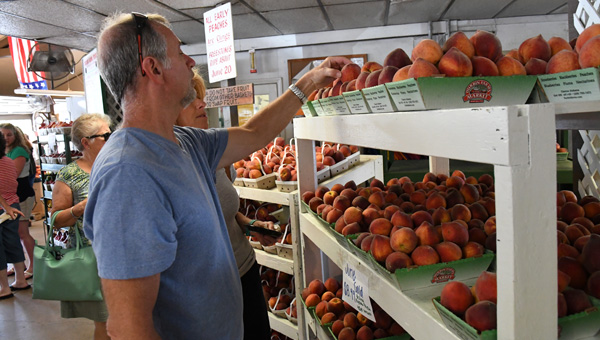 The Clanton market held a “grand opening” of the peach harvest season on Friday in conjunction with the Chilton County Chamber of Commerce and other local partners.

“It’s something to let everybody know that the peaches are here and ready,” said Colby Jones with Durbin’s. 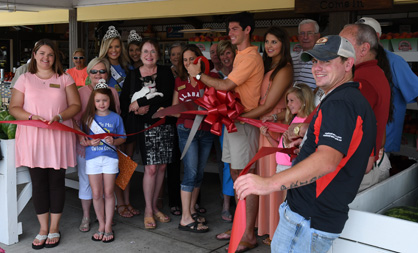 Open season: A ceremonial ribbon was cut at Durbin Farms Market in Clanton on Friday to declare peach season open in Chilton County.

A radio station broadcasted live from the event, local officials and pageant queens were on hand, a tractor company offered giveaways and representatives of the Chilton County Extension Office offered educational tips.

A ceremonial ribbon was cut, and Durbin’s offered samples of its apple cider and salsa made from fresh, local ingredients.

Jones said this year’s peach crop is “looking good” so far. He said the market is on its third variety.