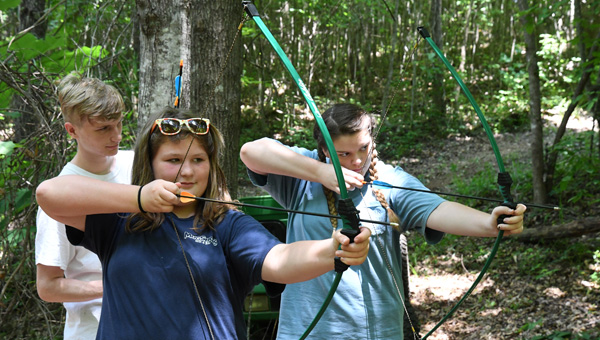 Counselors this week are preparing for summer camp at Raleigh’s Place beginning June 5.

More preparation is needed each year the ministry has been held at the home and camp for children located off County Road 1028 in Clanton.

The Raleigh’s Place summer camp has grown from 23 kids when it began in 2012 to about 140 participants expected this year.

The camp lasted for two weeks when it began, and this year the camp will last for five weeks, including the current week of staff training.

The camp is for children who are in foster homes, institutional settings or under the care of relatives other than their biological parents.

However, Sharon King, who co-founded Raleigh’s Place along with her husband Tim, said they do not place a firm definition on who can attend.

“I think Christ would want us to help those who need help,” King said. 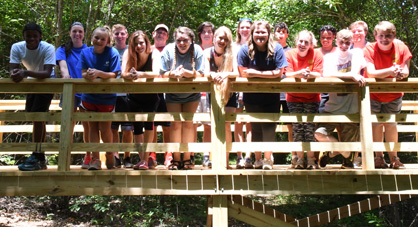 The camp has aspects of a traditional camp, including horseback riding, sports activities, swimming, archery, crafts and more. There is also Bible study, praise and worship and devotionals.

A typical day begins with breakfast at 8 a.m. and lasts until lights-out at 9 p.m.

Seventeen counselors and junior counselors will be on hand to facilitate the camp.

While the junior counselors are usually high school students who are recommended by church leaders, the counselors include students at Southeastern Bible College.

One such student is Mike King, son of organizer Sharon King and leader of the training for counselors.

“We really try to focus on how to love on them and care for the campers,” King said. “We share the Gospel. It’s about evangelism and discipleship.”

For the first time, two of the junior counselors for this year’s camp are former campers.

Anyone interested in helping the ministry should contact Raleigh’s Place at (205) 755-9615. Common needs include bottled water and Kool-Aid. Monetary donations are also accepted.