Friends and family of Leaj Jarvis Price hope to bring awareness to domestic violence with a candlelight vigil April 12 in Clanton. 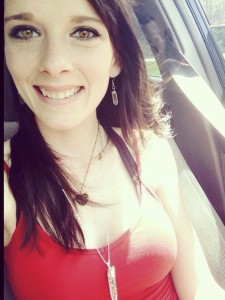 Friends and family of Leaj Jarvis Price have planned a candlelight vigil April 12 in Clanton. Price was shot and killed on April 13, 2015, at Jemison Internal Medicine.

“Anyone is welcome to attend,” event organizer Lithia Davenport said. “This is for anyone who has lost a loved one to domestic violence and a chance for them to tell their stories. We are trying to bring awareness to this issue and give people information about how to pay attention to the signs.”

The vigil will begin at 6 p.m. at Goose Pond Park in Clanton.

Price was shot and killed on April 13, 2015, at Jemison Internal Medicine, a doctor’s office near Price’s home, as she tried to escape her husband.

A domestic altercation led Leaj Price to the doctor’s office asking for help.

As the one-year anniversary of Leaj Price’s death nears, Davenport said she decided to help organize a candlelight vigil for others in the community to learn more about domestic violence.

“A lot of times family members of those being abused don’t know the signs to look for,” Davenport said. “We just want people to come out and learn more so we can put a stop to this issue.”

“I want to try to always remember Leaj and bring awareness to domestic violence,” Johnson said. “If other people need help, they need to ask for it. I also think the police need to take reports of domestic abuse more seriously. As her family, we missed a lot of the signs. We thought it was just young love and they were fussing at one another, but we now know that it was more than just a fuss.”

Johnson said oftentimes victims of domestic abuse can feel trapped or scared to ask for help.

“I know with Leaj, she truly loved her husband,” Johnson said. “She wanted to make things work and prove to everyone that she could make it work. I also think she thought things would get better, but I think we all learned that things don’t just get better.”

Johnson said the vigil is meant to be more of an uplifting time for individuals to share similar stories and provide advice for others who may be going through various types of abuse.

“This isn’t going to be like a funeral but more of an uplifting time,” Johnson said.

Information will be provided at the event for ways to identify signs of domestic abuse and how to deal with grief/loss of a loved one from The Compassionate Friends.

Davenport said some organizations to call if an individual thinks he or she is being abused is the Family Sunshine Center (serves Chilton County) at (800) 650-6522 or the National Domestic Violence Hotline at (800) 799-SAFE (7233).