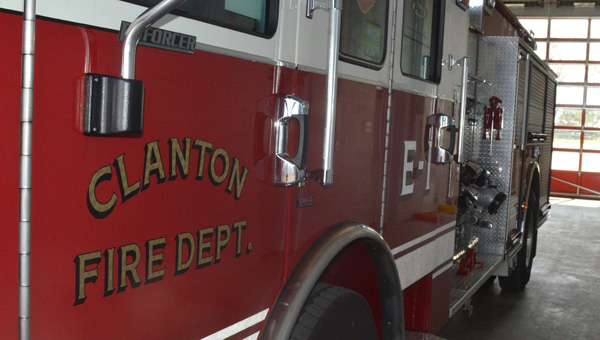 No one wants to need the services of the Clanton Fire Department during an emergency.

But if the need arises, residents can rest assured that firefighters are responding with some of the best equipment available.

The department is on the verge of putting a new fire engine into service, which will enhance an already impressive fleet.

The new engine, a 2016 Pierce that cost the city about $550,000 including equipment, will give CFD four engines, one ladder truck and two rescue trucks.

Because there are four fire stations in the city, the department will be able to classify one of its four engines as a reserve, which should yield an improved ISO score, possibly leading to insurance benefits for homeowners.

However, the city purchased all new equipment, so the reserve engine remains ready for duty instead of being stripped for the new engine.

The reserve engine is a 1992 model. The most recent addition before the newest engine was a ladder truck added in 2009.

The most recent engine was added in 2000.

Driver and other fire department officials visited the manufacturing facility in Appleton, Wis. for a review of the plans for the engine, and then a final inspection was performed in December 2015.

Construction of the engine began in October 2015 and was completed in about a month.

“We got it in our hands in mid-February, and we’ve been in the process of getting equipment mounted.”

Before the engine can be put into service, Driver is awaiting the shipment of air packs that would be worn by firefighters.

“As soon as they come in, we’re ready to go,” Driver said.

Features of the engine include airbags all the way around the cab, a back-up camera and full-depth compartments to allow for more storage space.

“We thought we were going to have space left over, but there’s so much you have to put in there,” Driver said.

The engine houses a set of extrication equipment, giving the department three sets total, and lift bags, making it capable of responding to a serious wreck without other units.

The engine boasts a 1,500-gallon-per-minute pump, can hold 750 gallons and has seven discharge locations.

In the cab are headphones for the driver and passengers, which provide hearing protection while also allowing the firefighters to communicate.

The headphones are wireless, giving greater flexibility to firefighters once they are on the scene of a fire.

“We felt like that was a good investment,” Driver said. “If you’ve got the siren blowing, you really need those headphones.”

“When we took a tour, we got to see them hand-painting one of those,” Driver said.

All of the department’s fire trucks were made by Pierce, with the oldest being a 1988 model.

“It still runs as good as the day we got it,” Driver said.

“The mayor and council have been really good to us,” David Driver said. “We’re fortunate to be working for them.” 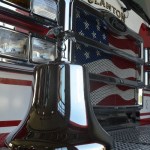 The city of Clanton purchased a new fire engine for about $550,000 including equipment. 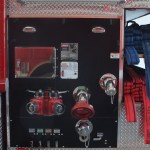 The engine has seven discharge locations. 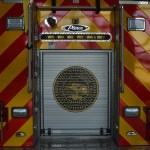 The city of Clanton seal adorns the back of the vehicle. 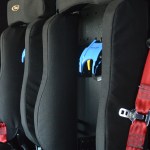 The cab has specialized seats for firefighters. 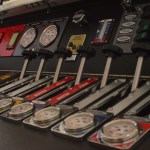 The engine is capable of pumping 1,500 gallons of water per minute.

A wreck near Karl’s One Stop Shop in Clanton resulted in five injuries. According to emergency dispatch reports, four were... read more