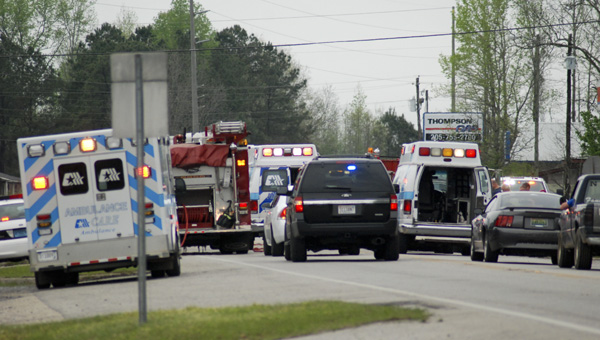 A wreck near Karl’s One Stop Shop in Clanton resulted in five injuries. According to emergency dispatch reports, four were listed as having moderate injuries and one was listed as critical. (Photo by Stephen Dawkins)

Authorities in Clanton worked a two-vehicle wreck near Karl’s One Stop Shop in Clanton Friday morning.

There were three individuals in one vehicle and two in the second vehicle, Driver said.

A landing zone for one of the victims involved in the crash was established at Price Drive in Clanton. (Photo by Stephen Dawkins)

Both lanes of traffic were closed on Highway 31 as emergency personnel worked the scene.

A landing zone was set up at Price Drive in Clanton.

No further information was available about the cause of the wreck or the victims’ conditions. 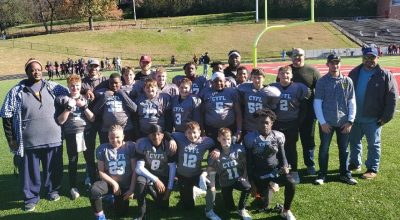