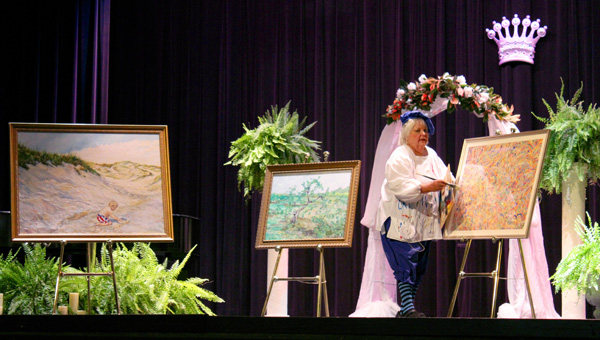 By Selena Price| Special to the Advertiser

This is the second year Senior Connection has hosted the event, and organizers expressed their gratitude to Walter Hayden for helping them revive the pageant last year and then serving as director both years.

The pageant is for ladies ages 60 and older and is a preliminary for the Ms. Senior Alabama pageant. 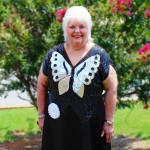 Stepping in: Teel filled in for Barbara Walls, who won the Ms. Senior Chilton County Pageant in 2015 but then was unable to fulfill her duties.

Contestants will complete an interview and a formal wear portion and will display one of the many talents they possess.

Some of the talents displayed in previous programs have been singing, dancing, crafting, baking and painting.

Last year’s winner, Barbara Walls, is a cancer survivor who chose to demonstrate her talent of crocheting by displaying some of the items such as hats and blankets she has crocheted for cancer patients.

When Walls later suffered a decline in her own health and was unable to fulfill her duties as Ms. Senior Chilton County, her first runner-up, Scarlett Teel, graciously stepped into the position and went on to compete in the state pageant.

Teel, who has taught art for 38 years, used the talent portion to demonstrate some of her paintings and explain some of her biggest art inspirations.

“I was not supposed to do it originally because I came in first runner-up,” Teel said. “Then the lady who won suddenly became ill, so I was the one to go. I hated it happened that way. I would have much rather she had been able to be in it since she had already prepared for it.

“I filled in and tried to represent the county, especially the older ladies, as well as I could. There were 12 in the pageant, and Chilton County was the first to have to go on stage, so that was nerve-wracking. There were some real nice ladies from all over the state, and they were very talented.

“God and my family are my main things in life. God gave each of us talents to use to help others. That’s how I’ve tried to use my art.”

This year’s contestants are Lucy Binion, Judy Headley, Elizabeth Kew and Becky Sides, who are all Senior Connection members.

“I certainly want to thank the participants, Senior Connection Director and event organizer Vanessa McKinney said. “If we didn’t have them, we couldn’t have the pageant. And to the community, you’re missing out if you don’t come and see it. It is fun for the whole family.”

“Come and support it, men, women and children of the county,” Teel said. “It’s not just a beauty contest. It’s for people to share their philosophy of life and to show their talents as well. It’s a good thing for older ladies to be in. And for the ladies, if they can’t be in it this year, maybe they will plan to be one of the people in it next year.”

The event will be held at the Senior Connection building located at 304 Park Plaza in Clanton. Admission will be $5.

The winner of this year’s pageant will be sponsored by Senior Connection to compete Aug. 5-6 in the Ms. Senior Alabama pageant at Wallace State Community College in Hanceville.

There, she will tackle a day-long rehearsal and a rehearsal dinner all before the pageant, where contestants will again complete an interview and a talent demonstration along with a poised demonstration of formalwear, each sharing her philosophy on life and potentially having to answer an on-stage question.

The winner of that pageant will go on to compete in the Ms. Senior America pageant in New Jersey.