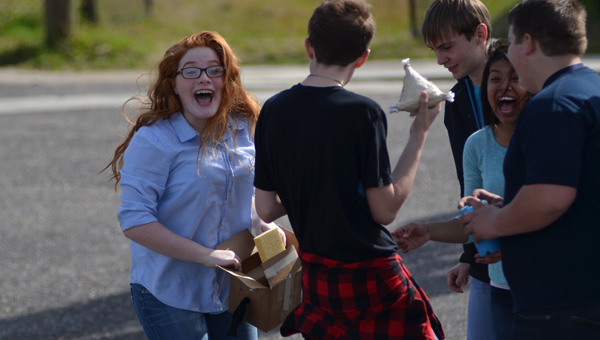 Jemison High School student Maris Green (left) reacts to discovering the egg dropped by her team partner, Nichelius Campbell, also of Jemison, did not break after being dropped from 75 feet. (Photos by Stephen Dawkins)

While dropping eggs onto a parking lot from a fire department ladder truck is certainly an entertaining way to spend a spring-like day, it was not all fun and games Wednesday at LeCroy Career Technical Center.

STEM Academy students at LCTC were dropping eggs to test devices they had constructed to protect the eggs during a fall from 75 feet.

Instructor Jay LeCroy said the project involved brainstorming and planning a strategy, constructing the device, writing a technical paper about the design and then testing the concept.

Physics, writing, science and engineering all must be applied for students to be successful.

“It all comes together on one event,” said LeCroy, who communicated with students in the ladder truck basket with a megaphone, and recorded results.

About 50 juniors and seniors from Clanton, Isabella and Jemison schools started two weeks ago on the project, which is graded.

Students were split into pairs, at the instructor’s discretion.

“You have to make that partnership work,” LeCroy said.

Students are competing to earn their way to the annual Brent Newman Memorial Egg Drop Contest sponsored by the UAB Student Chapter of the American Society of Mechanical Engineers.

Chilton County High School senior Kyra Dotson said there are limits on the materials that can be used.

“You can’t use anything that would splatter,” Dotson said. “They have to clean up at the end of the day, and a bunch of broken eggs is bad enough.”

Dylan Levering, sophomore at JHS, said students can also not use material that would cause air resistance as a way of slowing the egg’s fall.

Other restrictions include the size and weight of the egg’s container.

During the competition at UAB, eggs will be dropped from Vulcan, a height of 100 feet.

Levering said the most common strategy is the use of padding.

The team of Maris Green and Nichelius Campbell used padding, but their design was based more around the egg being wrapped in a sock, which was then ran through holes on opposite sides of the box, with knots tied at the ends to keep the sock taut.

“We were trying to suspend it in the air,” Green said.

The team’s egg was the first of the day to survive the fall. Most did not.

A broken egg meant points deducted from students’ grades, Jay LeCroy said, but the result of the drop will not be the sole determining factor for which teams have the chance to compete at UAB.

“We want a well-written, well-designed effort based on good physics,” he said.

Thirteen local teams will advance, and compete as a group representing Chilton County.

The county’s contingent won the competition last year, so the pressure is on this year’s students to not let the eggs break. 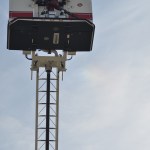 Jemison High School student Nichelius Campbell (right) drops an egg inside a device designed to protect it Wednesday at LeCroy Career Technical Center. The device constructed by Campbell and Maris Green was the first of the day to yield an unbroken egg. 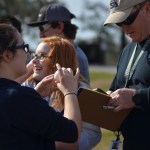 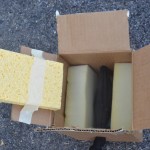 The device constructed by Green and Campbell suspended the egg in the middle of a box by using a sock with knots tied at each end. The team also inserted padding into the box. 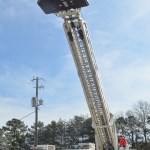 The eggs were dropped from an elevation of 75 feet. 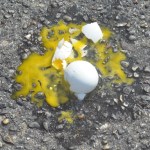 Most eggs did not survive the fall. 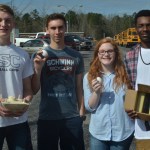