Gov. Robert Bentley is offering a $5,000 reward for information leading to the arrest and conviction of the perpetrator in an unsolved 2008 homicide in Chilton County.

19th Judicial Circuit District Attorney Randall Houston requested the reward from Bentley’s office for the case involving Tony Darrell Pierce, 50, who was shot in the back while he was sleeping in his bed on Aug. 10, 2008.

Pierce was at his residence off County Road 530 in Verbena at the time of the incident. 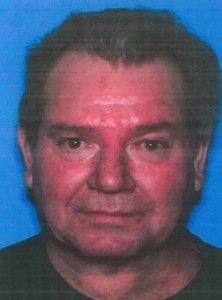 The assailant killed Pierce with a shotgun, which was fired through the bedroom window.

The Chilton County Sheriff’s Office was responsible for the initial investigation, and although personnel has changed in the past eight years, investigators have re-opened and are actively working the case, according to Houston.

In a letter addressed to Bentley, Houston said the purpose of the reward would be to regenerate public attention for the case by announcing the issuance of a reward from Bentley’s office.

“We feel this sizable reward may be incentive enough for someone to share information they have concerning the crime, which may lead us to the person responsible for this horrific act,” Houston said in the letter.

Bentley issued a proclamation that $5,000 for information leading to the arrest and conviction of the perpetrator(s) would be available.

“Entitlement to this reward shall include only private citizens and shall not include members or employees of any government law enforcement agency or their relatives,” Bentley said in the proclamation.

A press conference was held Monday afternoon at the Chilton County Courthouse with Houston, Chief Assistant District Attorney C.J. Robinson and Chilton County Sheriff John Shearon to discuss the reward being offered in the case.

Shearon said at this point, his department was hoping to leave a lot of the details confidential, but encouraged anyone with information to come forward.

“We know there will be some people who would have some knowledge of things that went on,” Shearon said. “People can give tips anonymously. We just want to give this family closure in this case. People may have heard things about the case, and we are just asking them to come forward.”

Shearon did confirm that Pierce was the only individual at the residence at the time of the shooting, and County Road 530 is considered a “rural” area in Verbena.

“Even if someone thinks the information they have is too small, it may be what we need to break this case and bring closure to the family,” Shearon said.

Get out the vote: Chilton County residents voted Tuesday in the Primary Election, with local offices including Chilton County Commission... read more