Baldwin is the daughter of Jamie and Kevin Baldwin. 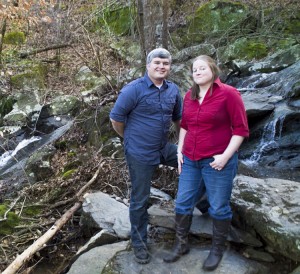 She is the granddaughter of the late James and Joyce Glenn, and Thurman Baldwin and the late Grace Baldwin.

Sandlin is the son of James and Patricia Sandlin of Verbena.

Sandlin graduated from Wallace Community College with an associate’s degree in business.

The best men will be James Sandlin and Casey Meank.

Groomsmen will be Jeremy Watts and Daniel Cantley and Ryan Watts will serve as the ring bearer.

Maid of honor will be Kayla Thornton.

Andi Ann the border collie will be the “flower dog.”