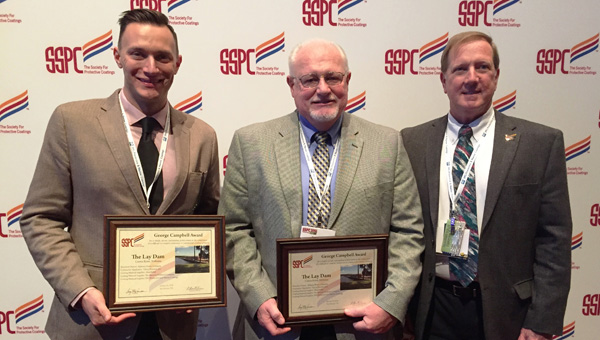 Alabama Power has been honored by the Society for Protective Coatings for work done at Lay Dam in 2014.

The organization presented the George Campbell Award to the company, with Hydro Manager Roger Yeargan accepting during a national conference in San Antonio. Texas.

The SSPC has more than 11,000 member companies around the world.

The work was done by Vulcan Painters Inc. of Birmingham using materials from International Paint/AkzoNobel, the Sherwin-Williams Company and PPG Protective and Marine Coatings. 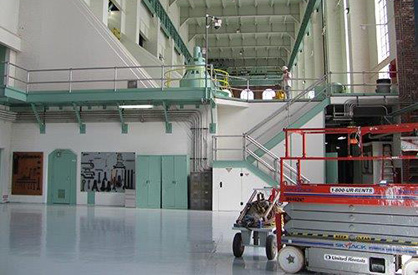 Layer of protection: Protective coating work was completed inside Lay Dam in 2014.

The SSPC was founded in 1950 as the Steel Structures Painting Council, a nonprofit professional society concerned with the use of coatings to protect industrial steel structures, Morris said. In 1997, the name of the association was changed to The Society for Protective Coatings to better reflect the changing nature of coatings technology and the ever-expanding types of construction materials.

SSPC is the only nonprofit association that is focused on the protection and preservation of concrete, steel and other industrial and marine structures and surfaces through the use of high-performance protective, marine and industrial coatings.