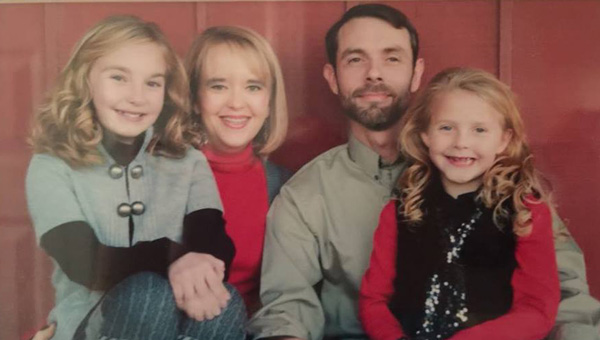 In her book, “Stained Glass Hearts,” Patsy Clairmont compares the broken pieces of our lives to a stained glass window. She writes, “Much like stained glass, life’s broken pieces become the prism through which God’s grace shines most brightly and beautifully.” 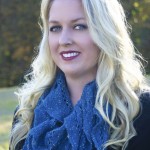 It’s not easy to share the broken pieces of our lives—to expose our failures and disappointments, laying open the deep recesses of our hearts for all to see. However, in His infinite wisdom and grace, our loving Heavenly Father always finds a way to bring forth a nearly incomprehensible brilliance from the dull, ugly brokenness of our lives.

And it is this transforming beauty that has the power to bring about hope and healing in not only our lives but in the lives of others through our testimony.

Earlier this week, I had an opportunity to sit down with a man who has experienced brokenness at some of the deepest levels, yet he exudes a courage and peace that is unexplainable apart from an encounter with Almighty God.

Last week, we heard from his wife Kelli, who shared the story of their daughter, Isabelle, and her ongoing battle with congenital heart disease. Today, John shares his story.

At the age of 18, John Alexander joined the United States Coast Guard. During his time in the service, he began to drink heavily.

“In the Coast Guard, when we would pull into port somewhere, we didn’t go sightseeing; we would find girls and go drinking,” Alexander said. “I would drink a lot. I would drink a whole lot.”

The heavy drinking continued, and by the time John had completed his service with the Coast Guard, he had become a functioning alcoholic. It didn’t matter if he was at home or at work, day or night, he found a way to quench his addiction.

“I was wiring houses and would come down out of an attic and go out and drink a beer that I kept on ice,” he said. “If I hit the brakes in the truck and a hot beer rolled out from under the seat in the morning, I would drink it. I drank every minute of every day. I was more intoxicated than I was sober.”

As a result of John’s alcoholism, everything he had worked hard to attain was lost.

“I had what seemed like everything. I had a nice house, three or four trucks and my wife had a BMW,” Alexander said. “We had all this stuff, but the more I drank, the more we lost things. The more money I spent on alcohol, the less I worked, and I slowly began to lose everything.” 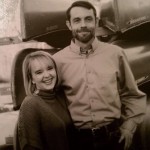 Battling addiction: Kelli and John Alexander have fought through his struggle with addiction.

John spent many years of his life as a functioning alcoholic. Then, on an ordinary day in September of 2007, his life was forever changed.

“I had a building that I called a casino behind my house. It had nice poker tables, a slot machine and an old Pepsi machine that would hold about 300 bottles of beer. On that particular day, I didn’t start drinking until 10 a.m., which was rare because it was two or three hours later than I would normally start drinking,” Alexander said. “I had a lot of friends over, and we played poker. By 10 p.m. that evening, I had consumed 29 bottles of beers and a half of a bottle of Crown Royal.”

After his friends left that evening, John found himself in his kitchen fighting with his wife over being drunk.

“I was raging mad. I was mad at her for getting mad at me. I tore the bathroom door off the hinges and punched the mirror,” he said. “I ended up in the kitchen sitting down next to the oak cabinets, and I started beating them with my elbows and busted them open. I told my wife that I felt like was going to die because something was wrong.”

In that moment, although the Alexander family did not go to church at the time, John called for his wife to get the preacher, referring to his good friend’s father-in-law who happened to be the pastor at Clanton Church of God.

In a matter of minutes, Bro. Boatright was by John’s side. John explained the scene that began to unfold in the middle of his kitchen that September night.

“I was on my hands and knees, and Bro. Boatright laid his hand on my head and started praying. I don’t recall what he prayed or for how long he prayed, but I began spitting stuff out of my mouth. I crawled all around the kitchen and was sweating, and it seemed like things were going a million miles an hour at that point, and then suddenly, I stood up and was just as sober as I am sitting here today; and I was 29 bottles of beer and half a bottle of Crown Royal into it.”

John goes on to share that he had a twofold revelation that night. First, he recognized that it was the power of God that had sobered him in an instant, leaving him with no desire for alcohol, and apart from Christ, he was going to hell.

God revealed to John’s heart that he had been serving at the altar of addiction for far too long, and it was time to lay down his idol of alcoholism. Around 11:15 p.m. on Sept. 14, 2007, John Alexander stood in the middle of his bathroom, with Bro. Boatright by his side, and accepted Jesus Christ as his Lord and Savior. 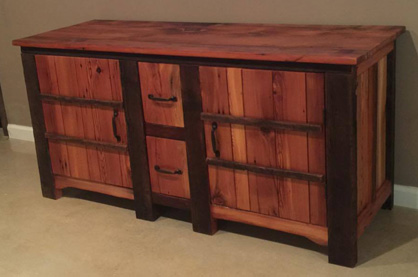 “I’m a sinner saved by grace. I still do some things I shouldn’t do or act the way I shouldn’t act, but I know that Jesus is my Savior,” Alexander said. “When you experience a sobering that quick, you realize how powerful God is. It’s amazing what God will do when you just trust Him.”

In what could be a novel about the life of John Alexander, his journey has also included a debilitating diagnoses of multiple sclerosis and a continuing battle with trigeminal neuralgia, nicknamed the suicide disease because of the intense pain caused by the disorder.

Despite his struggles, John trusts God to provide and meet his every need. He leans on Matthew 6:26 for this assurance.

“I don’t worry. Just like the birds don’t sit in their nest in the mornings and worry that they might not find a worm. They just fly out. And the Word says, ‘Are you not much more valuable than they?’”

In walking through the dark valleys of addiction and chronic pain, John has learned to never give up.

“Through all of the things Kelli and I have been through, you just want to throw the towel in and give up,” he said. “But if I gave up, I would be in a wheel chair, and I wouldn’t be able to walk. And if Kelli and I gave up, our kids would be affected by it. You can’t give up, because God’s not going to give up on you.”

Today, John remains sober and uses his gifts and talents to create custom, one-of-a-kind pieces of furniture and art from wood. His work is featured on his Facebook page, “John Alexander.”

John also uses his life’s testimony for the glory of God and to encourage others to never give up and to place their trust in God.

“If I say, ‘Surely the darkness shall cover me and the light about me be night, even the darkness is not dark to you; the night is bright as day, for darkness is as light with you.’” Psalm 139:11-12

A groovy kind of love (religion)

By Jason Green “Wouldn’t you agree, baby you and me, got a groovy kind of love…” Given the month, why... read more