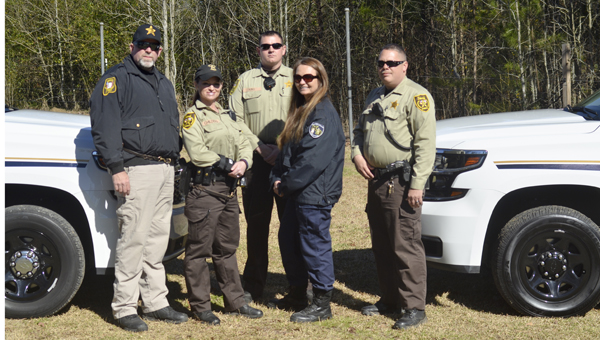 The Central Alabama Police K9 Training Center has developed bonds between dogs and their fellow officers for over the past two decades.

Sweet and Kevin Davis have run the operation during that time. Sweet Davis is a hands-on instructor throughout the training process, which ranges from five to 10 weeks depending on the specific program and specialty of the dog.

There are certain types of jobs that dogs can be trained to specialize in. According to Davis, a dog has an initial cost of around $6,000 with training costs to follow.

“We’ve brought dogs back from Germany,” Sweet Davis said. “It’s not that we don’t have good dogs in the states, but we breed our dogs for show quality and to be family pets. That takes the working drives out.”

Since Sweet Davis was a child, she always had a fascination with dogs. The Maplesville Police Department sent her to a K9 instructor school where she earned her license, which allowed her to provide dogs with certification.

She uses a teaching method designed to work with a dog’s natural instincts and find what drives a dog toward success just as a human would be.

According to Davis, dogs are working toward the earning of a “paycheck” just like humans. In the case of a dog, instead of money the “paycheck” is a toy or food.

“They are working for a reward at the end,” Davis said. “A lot of times that reward is personal praise or contact. Whatever the dog wants the most.” 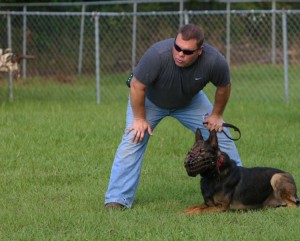 Once that “paycheck” is understood, then the real training can begin.

As soon as the officer meets the dog, the bonding process begins. The dogs develop a close-knit relationship with their handlers, as they each live together and ride along in the police car.

“You’ve got to be able to read a dog by looking at it and knowing what it wants,” Davis said. “Not everyone can do it. It’s a gift.”

The training procedures differ for tracking and bomb dogs.

The facility consists of a couple of buildings with fields and woods behind that make for perfect tracking courses.

A tracking course is set up to depict a real-life situation with scents that the dog must follow. Three to six tracks are prepared per day at the facility.

According to Davis, drug dogs must search for scents as well, but are confined to a specific searching area such as a motor vehicle.

A typical program for a dog and handler training class ranges from five to 10 weeks.

The final step before graduation is a written test that must be taken by handlers on top of their fieldwork.

However, the training does not stop at the end of a course. The handling of a police K9 is unique in that it becomes a full-time job and requires commitment.

According to Davis, once the handlers are certified they are required by law to set aside 16 hours a month to train in order to maintain responsibility for a police dog.

Davis has provided training for a variety of law enforcement agencies throughout Alabama and the country at is location off County Road 42 in Jemison.

Her latest class graduated on Feb. 5 and included Jason Mize, Danny Barrett, A.J. Childers and Chad King, who are all members of the Jefferson County Sheriff’s Office.