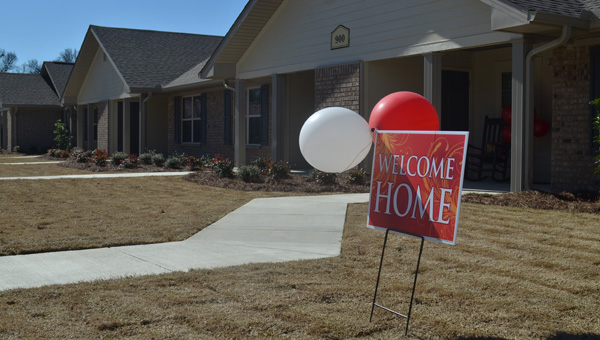 Welcome home: Model units were open for tours by guests of a grand opening ceremony Thursday at Cobblestone Village. (Photos by Stephen Dawkins)

Seniors in the Clanton area have a new housing option.

A grand opening and ribbon cutting ceremony was held Thursday at Cobblestone Village, a complex of homes located off Scott Drive, which is off Highway 31 just south of Clanton Walmart.

Units are rented on 12-month leases. 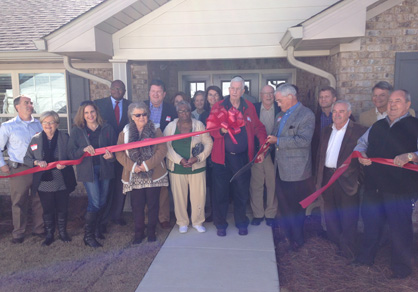 Officially open: A ceremonial ribbon cutting was held at the complex.

“We’ve had a really good response—a lot of traffic and everything, people coming by,” Bryant said. 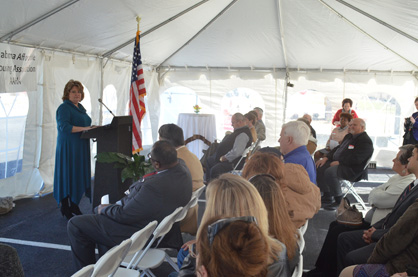 Special guests: Amy Montgomery with Gateway speaks to visitors at the ceremony.

Randy Fleece, president of Gateway Management Company, said at the ceremony Thursday that nine of the units have been rented and two more are in the process of being leased.

“We want you to know that we want to welcome you to the city of Clanton,” Driver said.