Triumph over tragedy: The Alexander family

The month of February is a time when we pause as a nation to recognize heart health; more specifically, Feb. 7-14 is Congenital Heart Defect Awareness Week. This week is especially meaningful to the Alexander family because they understand firsthand the devastating effects of this disease.

In Isabelle’s case, the diagnoses meant she would be born without a left ventricle, leaving the right chamber of the heart to perform all cardiac functions. If left untreated, the condition is terminal.

Faced with the options of only providing comfort care or choosing a dangerous but potentially life-saving surgery, the Alexanders chose to fight for the precious life God had given them. At only three days old, baby Isabelle underwent what would be the first of four heart surgeries to date in a Boston hospital.

“We knew there was nowhere in Alabama that offered the surgery,” Kelli Alexander said. “There were no surgeons here that did that, so we were given several options, and we chose to go to Boston. We felt that was the best place for Isabelle.

“Also, we were attending Providence Baptist Church, and the youth group had planned a trip to Boston during the time she was going to be there. Our pastor and his wife were able to come and hold Isabelle in the hospital in Boston.” 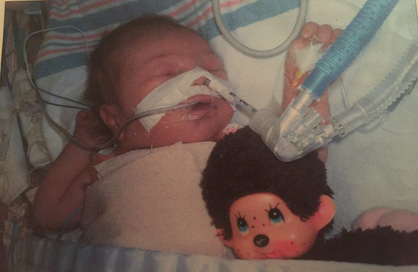 Alexander said she knew the youth trip was not a coincidence but rather the mercy and grace of a loving heavenly father pouring out His love in unexpected ways.

The Alexanders took comfort in the success of that first surgery and the progress their little girl was making. They could see God’s power in the small, everyday details of life with a new baby.

“A nurse told me that she may never take a bottle, but she took to it immediately,” Alexander said. “I was then encouraged to try and nurse and she immediately started feeding. I nursed her for five months.”

At six months old, baby Isabelle faced her second heart surgery; however, after a series of tests, it was discovered that her heart was too weak for surgery. Baby Isabelle was in congestive heart failure and would need an immediate heart transplant to survive.

Faced with this crisis, John and Kelly sensed that a transplant was not the direction they should take for their daughter.

“That was the last thing we expected to hear. John and I looked at each other, and we didn’t even have to talk about it; we knew that was not what we were supposed to do right then,” Kelli Alexander said. “It was right before Christmas, and John and I just wanted to take her home and spend Christmas with her.”

Although anxious to take their little girl home for the holidays, a doctor encouraged them to stay at the hospital for a few more rounds of testing. The Alexanders agreed. 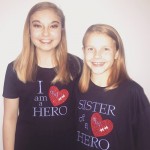 The tests revealed a narrowing of the aorta, and a stent was placed in her valve. Within a couple of weeks, baby Isabelle was strong enough for her next surgery.

It was discovered during the surgery that the congestive heart failure baby Isabelle endured had actually served as a form of exercise for her heart, strengthening the muscle. Her surgeon stated that Isabelle’s heart was the strongest he had ever seen with that defect. The surgery was a success, although the recovery process was difficult.

While grateful for the good news, there was little time for celebration; Isabelle’s next surgery was just around the corner.

Typically, a child born with this condition would receive a third surgery between 18-24 months of age, which would help correct circulation. However, as a result of the surgery, most patients inevitably suffer liver complications. In hopes of avoiding this, Isabelle’s doctors recommended postponing the surgery for as long as possible.

In 2013, at the tender age of 11, the time had come for her third heart surgery. A plan was devised to use a modified version of the normal surgery in hopes of further reducing the chances of liver failure. Unfortunately, it was unsuccessful, and Isabelle underwent her fourth heart surgery just a few months later. The fourth surgery was successful in correcting her circulation but led to a serious complication.

In May of 2015, Isabelle started retaining fluid in her abdomen and ankles. After extensive testing, she was diagnosed with protein-losing enteropathy, also known as PLE.

PLE prevents the body from absorbing the protein it needs to function properly. It sometimes responds to medication and can be treated. Other times, the only option is a transplant. Thankfully, Isabelle’s PLE is responding to medication, and her protein is back in normal range.

Throughout this journey, Kelli Alexander’s faith was deepened and she learned to never give up.

“I didn’t have anywhere else to go,” she said. “You trust doctors so much, but they can’t do it all. [God] is not going to leave you alone. He is not going to forsake you. His word tells us that He will provide everything we need, and He always has.”

Kelli and John are also grateful for their church family at First United Methodist Church who held a special prayer service for their daughter.

“It was very touching,” Alexander said. “Sometimes people can lose faith in humanity, especially in the times we are living in. But we learned that there are people who really do care.”

Alexander said she appreciates her youngest daughter, Abi, and the understanding and patience she’s extended throughout this process.

“I’ve missed a lot of stuff because of Isabelle’s condition, but Abbi still loves her sister very much,” she said.

Today, Isabelle is an outgoing 13-year-old student at Clanton Middle School. She loves her friends and family and has a fierce passion for life.

While this diagnosis has been difficult, the Alexander family is thankful that this journey has served to remind them to never take anything for granted. They have come to learn that each day is a gift to be treasured and cherished, and it is this realization that may be the greatest heart awareness of all.

“So do not fear, for I am with you; do not be dismayed, for I am your God. I will strengthen you and help you; I will uphold you with my righteous right hand.” Isaiah 41:10

Chanel Bingham is a freelance writer, blogger and public speaker. She resides in Thorsby with her husband and four children. You can visit Chanel at www.thepolishedcanvas.com or on Facebook at “The Polished Canvas.” Her column publishes each Thursday.

Get back to the Bible (religion)

By Robert Griffin George Washington, our first U.S. president, said, “It is impossible to rightly govern a nation without God... read more