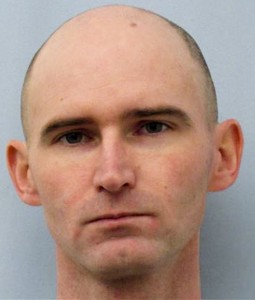 A federal grand jury returned a child pornography indictment against James Keith Stewart, 36, with two counts of distributing child pornography and one count each of receiving and possession of child pornography, all between 2010 and 2012, said U.S. Attorney Joyce White Vance and Homeland Security Investigations, New Orleans Field Office, Special Agent in charge Raymond R. Parmer Jr. in a press release.

Stewart, who lists an address in Cullman, is currently serving time at Ventress Correctional Center in Clayton for a 2013 conviction on state charges in Chilton County for sexual abuse of a child younger than 12.

Court records indicate Stewart entered a guilty plea to sexual abuse of a child less than 12 in Chilton County on Sept. 30, 2013, and was sentenced by Chilton County Circuit Judge Sibley Reynolds on Nov. 12, 2013, to 15 years in prison.

The maximum penalty for each count of receiving, distributing and possessing child pornography is 20 years in prison and a $250,000 fine.

The maximum penalty for distribution and receipt of child pornography increases to 40 years and a mandatory minimum of 15 years is imposed for individuals with prior sex offenses.

A mandatory minimum of 10 years for possession of child pornography applies to individuals with prior sex offenses.

According to information provided by the Alabama Department of Corrections, Stewart is currently two years and nine months into his 15-year sentence for the Chilton County case.