The Tuesday Book Club celebrated the holidays by meeting at Ruby Tuesday in Alabaster on Dec. 29, 2015. 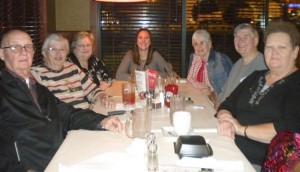 In December, each club member read a Christmas story or book of their own choosing.

There were interesting reports of various readings by members such as “Operation Christmas Child” by Franklin Graham, which is the story of the beginning of the shoebox ministry program.

In January, the club will read a detective novel, “The Crossing,” by Michael Connelly.

Drake Jones, a student at Chilton County High School, has achieved the rank of Eagle Scout, the highest rank in... read more