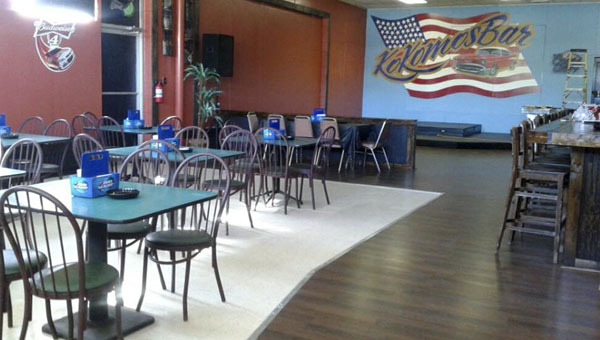 Kokomos Bar in Clanton relocated to a larger location near the Subway in Clanton off U.S. Highway 31 on Sept. 18, 2015. (Contributed)

Visitors to the newly relocated Kokomos Bar in Clanton may arrive as a stranger, but can leave with new friends who feel like family.

“I think that is what makes our business different than some,” owner Judy Todd said. “When customers come in to our bar, we get to know them, listen to their stories, and create new friendships. You may walk in as a stranger, but you definitely do not leave as one.” 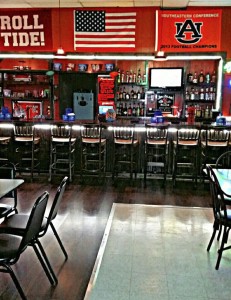 The location of the bar was formerly Suburban Gas Inc., and renovations to Kokomos Bar were completed in 2015. (Contributed)

The bar was previously open at the Days Inn in Clanton where it opened on May 27, 2011.

“The new location is great for us,” Todd said. “We have a lot of foot traffic, and a much bigger space. We have just really enjoyed where we are.”

Todd, and fiancé Jimmy Cummings, along with others worked to renovate the inside space, which was formerly Suburban Gas Inc.

“We renovated the entire space,” Todd said. “It definitely took a lot of work and a lot of time, but we are happy with how everything turned out.”

Many of the decorations on the walls include items customers have donated to the bar including a surfboard, pictures of vintage cars, and sports memorabilia.

“If someone brings something in they want to put on the wall, we let them,” Todd said. “We like to encourage everyone to feel like they are at home here.”

The bar is open Tuesday through Saturday nights beginning at 4:30 p.m. each day. The bar closes at midnight Tuesday-Thursday and closes at 2 a.m. on Fridays and Saturdays.

On Wednesday nights, there is free bingo, and karaoke is every Thursday night.

“We like to host different bands to come and play,” Todd said. “We have a lot of upscale bands that come from Birmingham or Montgomery.”

“If people want to come watch the ballgame here, we will have it on,” Todd said.

An open floor space near the stage allows customers a space to dance, and tables fill a portion of the bar for those who want to sit and listen various bands.

Todd said the name “Kokomos” came from a song by the Beach Boys.

“We tell people that Kokomos is a place to take your troubles away,” Todd said. “We enjoy getting to know people from the community and having them stop by. In a lot of ways, we are a big family here.”