This week at Highland Baptist Church, we’ve completed our 22nd straight year of January Bible Study. We believe that’s quite an accomplishment.

Also, we have a few members who haven’t missed a session of January Bible Study in 22 years! Now that’s faithfulness! Many others, too, have been as faithful as possible. 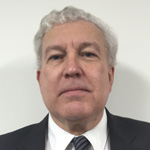 All of you readers aren’t Southern Baptists. You might not know what January Bible Study is. Sometimes, a Baptist preacher may take things for granted. He assumes everyone knows about Baptist doctrine, church governance, and other Baptist issues. That’s a bad assumption even at a Baptist meeting.

In 2012, I was invited to preview January Bible Study for the pastors’ conference in another Baptist association. At the meeting, we started on time. I was hurrying along trying to cover as much as possible in the time allotted. After teaching for about 10 minutes, one young pastor raised his hand and said, “May I ask a question?” I responded, “Sure,” thinking he might ask some really good question about the Bible study. Then, I would have the opportunity to impress these preachers with my Bible knowledge! But the young preacher simply asked, “What is January Bible Study?”

I was flabbergasted! As it turned out, he was a new Southern Baptist pastor. He was from the Presbyterian Church. Honestly, he had never heard of January Bible Study. So, I spent the next several minutes explaining to him what January Bible Study is.

Although a church can hold Bible study anytime they wish, this particular study is intended for the first week of a new year. Don’t you think it’s an excellent way to start the New Year in any church?

Generally, the book of the Bible, or passage, studied is specified by a schedule used by our denomination. Resources are made available which may be used by the churches’ pastors and teachers.

However, as usual, Southern Baptist churches are free to choose any Bible book, or Bible passage, to study. Moreover, each church can develop its own curriculum and use any method and study schedule they wish. That’s the way it is among Southern Baptists! Nevertheless, the key issue is: “Study the Bible!”

At Highland Baptist Church, we try to have January Bible Study the first week of the year. Normally, we meet Sunday through Wednesday for a total of about eight sessions. We believe it’s a fantastic way to kick off a new year!

The important thing is that for 22 years now we’ve obeyed faithfully the following admonition of the God’s Word: “Study to shew thyself approved unto God, a workman that needeth not to be ashamed, rightly dividing the word of truth” (II Timothy 2:15). Believer, are you studying God’s Word, the Bible, faithfully?

The Rev. Robert Griffin is pastor of Highland Baptist Church in Clanton. Look for another installment of his column in a future edition of The Clanton Advertiser.

Surrender yourself to God (religion)

By Chanel Bingham There’s nothing like sitting on a beautiful beach to bring a little clarity to the mind and... read more