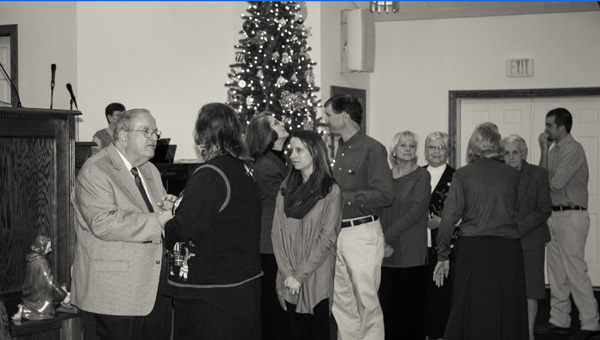 Well wishers: Bro. Donald Graham was recognized at Mountain Springs Church for his 57th anniversary as a pastor. (Contributed photos)

By Angela Hayes | Special to the Advertiser

The first sermon a preacher gives following their surrender to the call is a memorable one.

In 1957, when he was a 17-year-old senior in high school, Bro. Donald Graham, already having surrendered to preach, was invited by his pastor in Lipscomb to give his first sermon.

It was the last Sunday before Christmas—a day that continues to fill him with a special joy each year.

This year, the 57th anniversary of his first sermon, happened to fall during the time he was invited by Mountain Springs Church to preach for five weeks. When the congregation found out about this, they wanted to do something to help celebrate. 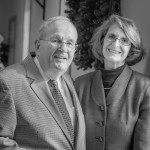 Bold for God: Graham met his wife, Jean, while serving as pastor at Samaria Baptist Church.

Following the mid-day service, the church spoke of how honored they were to have him visiting, prayed for him and his wife, and filed by in a show of Christian love, hugging the couple and giving thanks before hosting a luncheon in his honor.

“They wanted to share in my special joy,” Graham said. “It was profoundly encouraging. They are very kind, gracious, and expressive in their love.”

Three years after his first sermon, at the age of 20, Graham accepted his first position, as pastor of Samaria Baptist Church in 1961.

Holding the position until 1966, it was during that time that he met his wife, Jean.

Ricky Cleckler, member of Mountain Springs, described Graham and his wife as “the sweetest, most humble people, you’ll ever know.”

It is a sentiment fellow church member, Valerie Smitherman echoed.

“They are very humble people, yet bold when speaking about God and doing for others,” Smitherman said. “We were happy to acknowledge his anniversary.”

Having known Graham for the past 20 years, Ronnie Moats has been blessed to have heard him preach on numerous occasions, such as revivals, Brotherhood Breakfasts, and the many times he’s been a guest at Mountain Springs.