St. Vincent’s Chilton appointed an administrator for the hospital on Nov. 23.

Suzannah Campbell, was previously vice president of operations at St. Vincent’s Birmingham, and is looking forward to her new role in Chilton County, according to a press release. 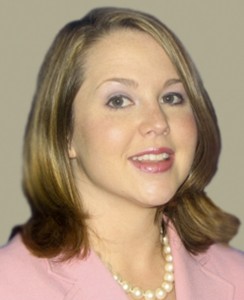 “Honestly, the enthusiasm in this community about having a hospital open is what excites me the most,” Campbell said. “It is contagious. It is such a great feeling to see people who are wanting to support something so much.”

Campbell has been with St. Vincent’s Health System for nine years, serving as director of business development, administrative director of operations, and prior to this appointment as vice president of operations since March 2012.

Before joining St. Vincent’s, she served as state health planner with the Alabama State Health Planning and Development Agency, and in planning and operations roles within the UAB Health system.

Campbell said she looks forward to being able to provide care in a community to the people who need it most.

“I have been driving around Chilton County seeing the ambulances transporting people, and knowing that they have to drive 30 minutes to get someone to a hospital is scary,” Campbell said. “I am looking forward to being able to provide care so that people don’t have to travel so far.”

A Clanton teenager charged in the stabbing death of a female relative was found not guilty by reason of mental... read more