A Clanton woman reported missing on Tuesday afternoon has been safely located.

Vera Cleckley, an elderly resident who lives off of Pinedale Road in Clanton was attempting to gather up cattle that had escaped her pasture around 3:30 p.m. on Tuesday, according to Clanton Police Chief Keith Maddox. 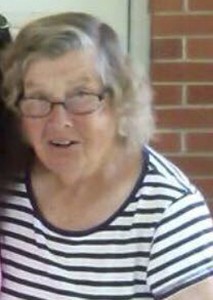 Maddox said family members lost track of Cleckley and started searching for her near the pasture, which is surrounded by heavy woods and brush.

“As darkness fell and rainy weather began to set in, the family contacted 911,” Maddox said.

Maddox said more than 100 people searched the area on foot with multiple ATV vehicles without success.

“During the search, law enforcement requested assistance from the Alabama Law Enforcement Agency’s State Trooper Air Unit, but due to the weather conditions they were unable to send a helicopter,” Maddox said. “Cpl. Kent Smith with the air unit was able to come to the scene with a handheld thermal imaging device to assist in the search.”

The Clanton Fire Department brought a ladder truck to the last known location of Cleckley and raised Smith and Clanton Police Officer Cameron Bates 100 feet to attempt to use the thermal imaging device, according to Maddox.

Once they were above all of the thick brush and undergrowth, they were able to hear “faint” cries for help and directed searchers to Cleckley.

Cleckley was found at 11:30 p.m., but it took authorities an additional 20 minutes to reach Cleckley in the heavy brush.

“Cleckley was in remarkably good condition with only minor injuries,” Maddox said. “She was transported to Shelby Hospital by CARE Ambulance for observation.”

Maddox thanked the multiple agencies and individuals involved for their assistance and cooperation in helping to locate Cleckley.

Technology can provide convenience for people from all walks of life, and municipal court is no different. A new record... read more