Truck catches on fire, shuts down portion of interstate 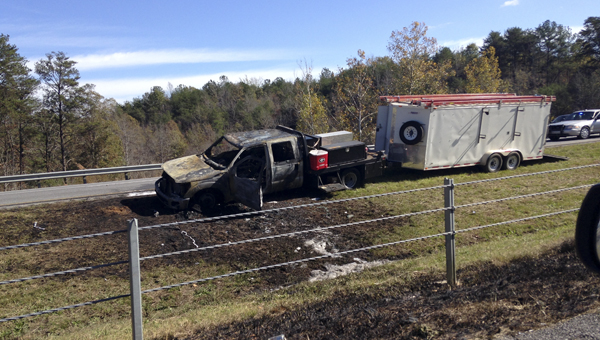 A wreck on Interstate 65 northbound at the 223 Mile Marker near Jemison has closed one lane of traffic.

A vehicle fire on Interstate 65 northbound at the 223 Mile Marker near Jemison closed one lane of traffic around 10 a.m. Monday.

Authorities worked an incident involving a truck pulling an enclosed trailer that caught on fire, according to Steve Jarrett with the Alabama Law Enforcement Agency.

Jarrett said although the truck caught on fire, there were no injuries to the driver.

It was unclear what caused the fire, but the incident is still under investigation.

The outside lane of traffic was opened, while authorities worked to clean the inside lane up.

Around 2:30 p.m., Jarrett said all lanes of traffic had been opened.