Formal charges were filed late Monday for a Clanton man who threatened on Facebook to go on a killing spree.

Jeremie Jonathan Montgomery, who lists an address off County Road 942 in Clanton, has been charged in Shelby County with making a terrorist threat, a Class C felony, according to court records. 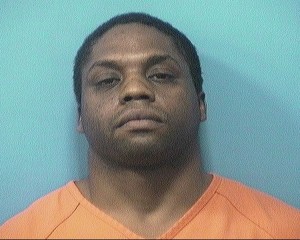 The arrest warrant for Montgomery states that he “intentionally or recklessly caused the evacuation of a building, place of assembly, or facility of public transportation, or other serious public inconvenience.”

District attorneys in Shelby County filed a bond recommendation of $500,000 on Monday stating that Montgomery was currently on probation in Chilton County for criminal mischief in the first degree and was on probation when he committed the terrorist threat offense.

The motion also stated that Montgomery “is considered very dangerous and presents a substantial risk to the general public based on the true facts of the this offense.”

The motion went on to say that Montgomery confessed to posting the threatening messages and photographs that resulted in the new criminal offense.

Authorities in Chilton County arrested Montgomery on Sunday afternoon after he threatened on Facebook to kill people at Flowers Baking Company on 16th Street North in Birmingham and Alabama Crown, a distribution company, in Alabaster.

Montgomery posted using the Facebook profile name “Jeremy Jeremias Montgomery” on Facebook to a Birmingham business that things were “going to get pretty ugly.”

“I feel like going on a killing spree today,” Montgomery posted. “If I take a trip out to my old jobs First Flowers Bakery then if I’m able (Alabama Crown in Alabaster).

They messed over the wrong person and it’s not about to go down like that,” Montgomery posted on Facebook. “I got 30 rounds and I’m trying to use the whole clip and some more.”

Shearon said Montgomery was transported from Chilton County to Shelby County, where he was booked into the Shelby County Jail.

“We just wanted to make sure that everyone was safe during the situation,” Shearon said. “We take these types of threats very seriously. Thankfully, no one was hurt.”

Alabaster Police Chief Curtis Rigney told The Shelby County Reporter that his department became aware of Montgomery’s Facebook post when someone shared it with the department via social media.

“We take these matters seriously. We had no choice but to charge him based on what’s going on in the world today,” Rigney said. “Our job is to protect the citizens, businesses and visitors. Hopefully, if it was going to happen, we were able to prevent a tragedy. Fortunately, the arrest was made without anybody getting injured.”

A court date for Montgomery had not been set as of Nov. 3.

Light fixtures located in the hallways at JHS were shattered with bricks. (Contributed) The Chilton County School System is offering... read more